'Suddenly she is a mere body?' Rishi Kapoor slams media over Sridevi's death

The veteran actor, who has worked with Sridevi in two of her most popular films, got furious on Twitter. 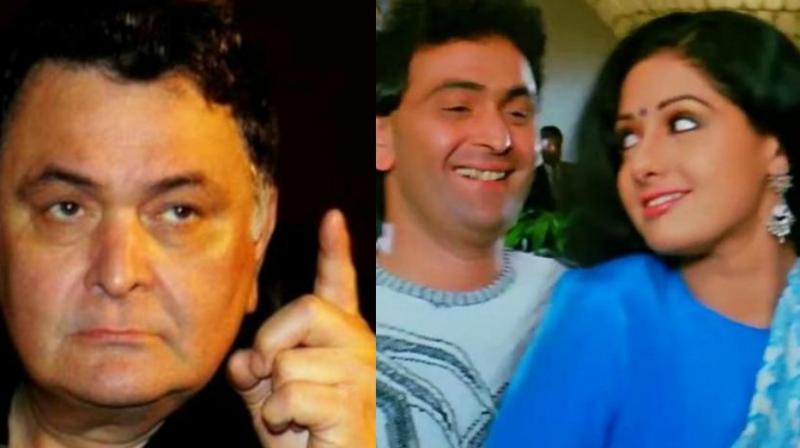 Rishi Kapoor and Sridevi in a still from 'Chandni.'

Mumbai: Fans, Bollywood stars and celebrities from various fields are finding it hard to recover after hearing about the untimely demise of legendary actress Sridevi in Dubai on Sunday.

The actress was renowned for being a brilliant package of beauty and a powerhouse performer.

Be it Rajinikanth, Kamal Haasan, Amitabh Bachchan, Anil Kapoor, Shah Rukh Khan, Salman Khan, Sridevi worked with some of the biggest names of the country in some of the most memorable films of all time.

Rishi Kapoor was another of her colleague, featuring together in two of her best works, ‘Chandni’ and ‘Nagina.’

Kapoor had expressed his shock, sharing how ‘Chandni was gone forever’ and there would be no more ‘Moonlit’ nights on Sunday.

Woken up to this tragic news. Absolute shock. Sad. Heartfelt condolences to Boney and their two daughters!

The veteran actor, who is known for his temper, however, lost his cool later in the day on the media coverage of the shocking news.

Kapoor was furious with TV channels referring to Sridevi ‘as a mere body’ while reporting about the arrival of her mortal remains, and gave them a piece of his mind of Twitter, slamming them for how their individuality suddenly 'gets lost.'

How has Sridevi all of a sudden become the “body”? All television channels reporting “the body will be brought to Mumbai in the night!” Suddenly your individuality gets lost and becomes a mere body??

Sridevi’s mortal remains will be brought on Monday to the country and according to reports, the autopsy and other formalities have been completed and funeral is reportedly scheduled for 11am.