The film historian remembers a meek Sridevi who evolved to be one of the first superstars of Bollywood. 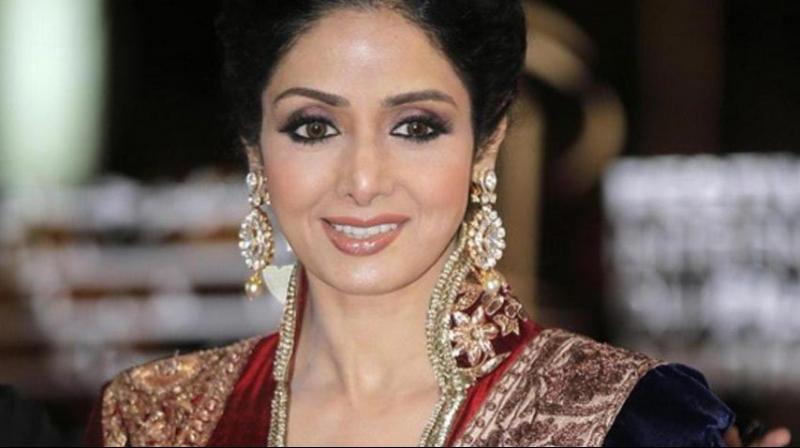 No matter the genre of the movie, no matter the director she was working with, Sridevi always excelled. (Photo: File)

Mumbai: It was in the early 1980s that I first heard of Sridevi. Jeetendra was introducing her to the industry with Himmatwala.

Back in the day, her interviews didn’t offer much of an insight into her or her work. Through the couple of interviews I did with her during the infancy of her career, I realised that it was difficult to get to her — she was shy and secretive, keeping her thoughts to herself. She was prompt in scheduling the interviews, but she hardly spoke.

During these interviews, she only heard your questions staring at you blankly. Her answers weren’t varied either — they were limited to monosyllables, either yes or no, but without elaborating.

And as result of this, Sridevi became an easy prey for the media — she was called blank, dumb, ‘ask mummy’ and several other things like that.

However, the actress was impermeable to all judgement. Beyond the comments and the remarks, there was a very confident actor. It didn’t matter to her what people perceived her as, what mattered to her was how her audience received her as an actor.

No matter the genre of the movie, no matter the director she was working with, Sridevi always excelled.

A stunning example of this was Nagina (1986). Made by Harmesh Malhotra, Nagina was sort of a B-grade film, but it proved itself by becoming the box office miracle of that year.

While everyone was busy analysing the reason behind its success, and what made Nagina such a hit, there was only one answer: Sridevi.

She dabbled in all kinds of roles. From family dramas where she was always draped in a saree to romantic films, the actress always excelled at her emotional scenes.

It was after working with Yash Chopra that there was a certain shift in her image. She quickly became the glamour girl of the industry — of course it started with Mr India (1987).

It was around this time that she slowly started opening up. Her interviews had started becoming better, but the fact that she was still vary of people was evident. She was not always willing to be in very strange company. She was always more comfortable when people she knew were around her.

In 2000, after she had she two babies and she had taken a break, and at the point that she was planning her comeback, there was a complete transformation in her.

She was more accessible, she chatted with people, got friendly — she had finally dropped her guards. She even started working on her body and her dressing sense.

She even had designers queuing up for her all the time. In fact, there were designers wooing her to sport their dresses.

Sridevi was enjoying the whole phase after English Vinglish and Mom. During this last year, she was also the first choice of fashion magazines, she was even walking the ramps.

She was working on her daughter’s launch — being her mentor since she knew the industry inside out. She was monitoring her (Janhvi Kapoor) weight loss, her exercise routine, even her Hindi lessons. She always said, “I didn’t know Hindi when I came into the industry, but my daughter should.”

Sridevi was really looking forward to her launch in the coming month. But it unfortunately didn’t happen.

I think the apsaras in heaven will celebrate her arrival and plan the biggest blockbuster for her. The heavens are now home to her beautiful smile.

Bhawana Somaaya is a film historian and journalist

— As told to Pooja Salvi