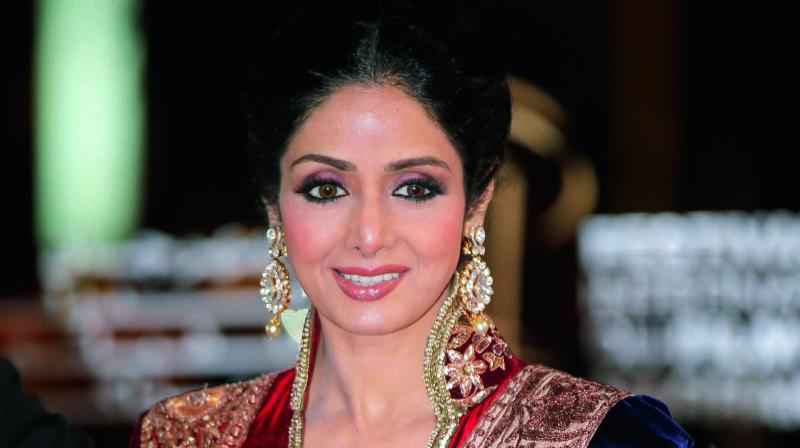 Mumbai/Dubai: The film industry across India and millions of cinema lovers were robbed of the immense talent and grace of legendary actress Sridevi, aged just 54, who succumbed to a cardiac arrest late on Saturday night after attending the wedding of Mohit Marwah, the nephew of her husband, producer Boney Kapoor, in Dubai. The actress was accompanied by Kapoor and her younger daughter Khushi to Dubai. As her sister also lives in Dubai, both sides of her family surrounded her in her last moments.

After news of the icon’s sudden untimely demise broke out, Sridevi’s bungalow in Mumbai’s Andheri was inundated by grieving fans, who came to pay their last respects to the only female actor who earned the “superstar” title. One of the inconsolable fans who had gathered outside the residence said: “It is just unbelievable. I will not trust the news until I see her body for myself. I shall not move from here until then.”

The film fraternity also took to the social media to mourn the sudden demise of the superstar. Megastar Aamir Khan posted a message on Twitter that read: “I am deeply disturbed and saddened by the untimely and tragic passing away of Srideviji. I have always been a huge fan of her work. Equally, I have always been an admirer of the grace and dignity with which she conducted herself. My heartfelt condolences to everyone in the family. I join all the millions of fans in mourning her demise. Ma’am, we will always remember you.”

Prime Minister Narendra Modi joined political leaders and others across the country to condole her untimely death. “She was a veteran of the film industry, whose long career included diverse roles and memorable performances. My thoughts are with her family and admirers in this hour of grief. May her soul rest in peace,” the PMO tweeted on Mr Modi’s behalf.

Describing Sridevi as an incredibly talented and versatile actress, Congress president Rahul Gandhi said: “Her vast body of work spanned a range of genres and languages.”

I&B minister Smriti Irani, in an emotional letter, recalled the actor as her “favourite star who defined joy in my childhood”. “My memories of Sridevi are built through my journey from being a fan girl to an actor and then my role as a politician... She was a woman who knew her mind and despite the challenges that came her way, she approached life with a lot of dignity. The actor in me was influenced by her work in movies like Chalbaaz, Chandni, Sadma and the effortless performance in Lamhe,” she said. 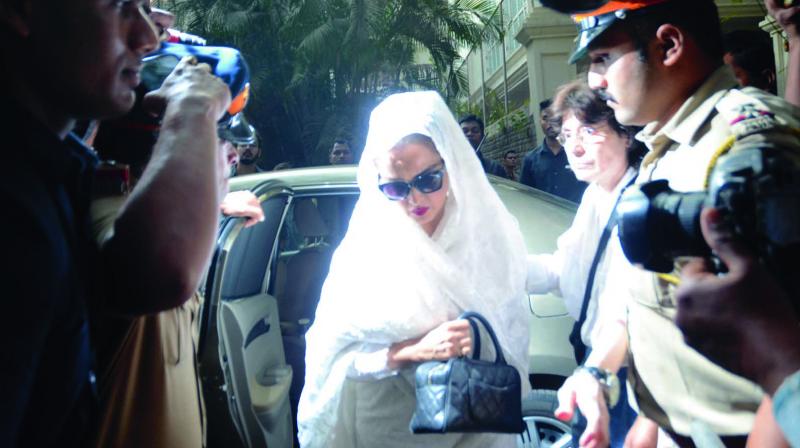 Veteran BJP leader L.K. Advani said her contribution transcended Bollywood. “Sridevi was an iconic star of the Indian film industry. Her contribution transcended Bollywood, since she also starred in many Tamil, Telugu and other regional language films. In this sense, she symbolised Indian cinema’s great role in national integration,” he said. West Bengal chief minister Mamata Banerjee described her as “one of the most popular actors of a generation”.

A PTI report from Dubai late on Sunday night said the autopsy on Sridevi had been completed and that her body would be flown back to India on Monday. UAE officials said Sridevi’s autopsy was completed, and the family was now awaiting the laboratory reports conducted by the General Department of Forensic Evidence, Dubai, the Khaleej Times reported.

The body was likely to be flown home on Monday, Gulf News reported. Sridevi’s body could not be repatriated on Sunday as planned earlier as the final investigation reports from the Dubai police were not ready by late in the evening, officials dealing with legal formalities said.

Officials also said that as per usual protocols, these tests take up to 24 hours in the case a person has died outside a hospital in Dubai. These safety and administrative protocols are being followed by the police in this case.

Earlier reports had said the last rites are likely to be conducted around 1 pm on Monday at the Pawan Hans crematorium in Juhu, Mumbai, but this may now be delayed.

The actress married Boney Kapoor in 1996. When she met him, she was a little wary and would ask people casually about him. No one, however, knew that Sridevi was interested in him.

Sridevi had taken a break from Bollywood to focus on bringing up her two daughters, Jhanvi and Khushi. Her comeback film English Vinglish was loved by many, and won her many accolades. Jhanvi will soon make her Bollywood debut with Karan Johar’s Dhadak. Sridevi, sadly, will not be around to see her daughter’s debut. It is ironic that both of Kapoor’s wives, Mona and Sridevi, passed away before seeing their children’s debut.

According to Khaleej Times, Sridevi fainted in her hotel bathroom and was rushed to Rashid Hospital in Dubai. The hotel, however, refused to comment on the matter and an employee said the matter was now under police investigation.

The actress died late in the night reportedly due to a cardiac arrest. There are rumours attributing the cause for her death to the alleged multiple cosmetic surgeries that she allegedly underwent.