Saurabh Shukla in conversation about his upcoming play. 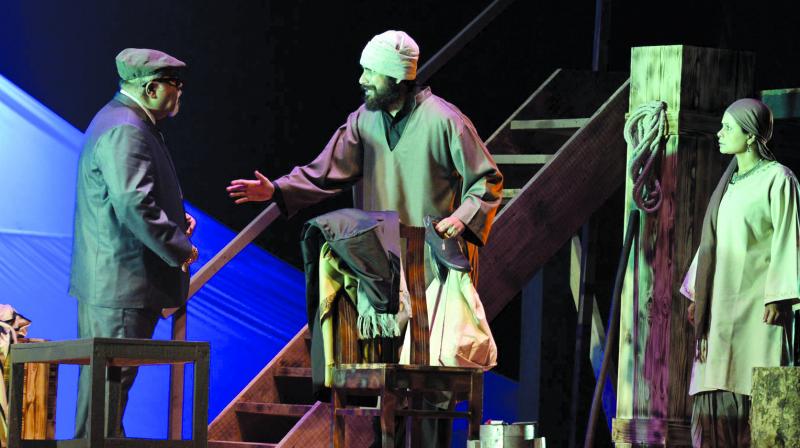 Barff will see Saurabh as a writer, director and actor along with Sadiya Khan and Sunil Palwal.

Saurabh Shukla has given Bollywood some memorable performances to cherish, with films like Satya, Barfi! and Jolly LLB  but few are aware of his prowess on stage. The actor has had a successful stint as a playwright, director and stage actor in Delhi before he gave it all up to work with filmmaker Shekhar Kapoor. The versatile actor is all set to perform in the city today with his play Barff.  Speaking about his first love — the stage — he says, “I started with it. It fascinated me from the beginning, but cinema has given me a lot of gratification too. Whenever I get a chance in between my films, I explore the medium again.”

Barff, set against the backdrop of Kashmir, was initially meant to be a film, he shares. “Barff’s story fascinated me a lot. It is the story of a doctor who is to treat somebody, but realises that it’s not just treatment. There is more to this person. I wrote it as a film initially and later converted it to a play. There is an element of danger and mistrust in the play and therefore Kashmir as a setting fit the bill perfectly.”

Set in picturesque Kashmir during winter, the play is a thriller, which spans over one night. Desperate parents of an ailing child and an unsuspecting doctor are the three lives caught in the whirlwind of conflicting questions of truth, reality and belief. The play questions truth and belief, which takes the protagonist on a journey to find ‘Truth of the other side’.

Barff will see Saurabh as a writer, director and actor along with Sadiya Khan and Sunil Palwal. Ask him which role is closest to his heart and he says, “These three are not isolated, so it’s difficult to choose one. When I act, I understand it from the writer’s point of view — which in this case is me. I can also understand the director’s thought behind a scene and here again, I have done that. So they’re all inter-connected. I don’t think I can prefer one over the other because for me, they are three parts of one big thing.”

The actor agrees that it’s difficult to create a full-fledged career out of theatre in India. “ The theatre scene in India is good. Unfortunately, we couldn’t make a full-fledged career out of it yet like television or films because earning enough through theatre is still a challenge. So, I feel it’ll be great if Indian theatre can provide livelihood to people who follow it with passion, without needing to worry about earning elsewhere,” he signs off.

Saurabh will next be seen in Jagga Jasssos, Kamal Haasan’s new film Sabaash Naidu and Aur Devdas  by Sudhir Mishra.