The Hindi remake of the Spanish film of the same name, 'The Body' is scheduled to be released on December 13. 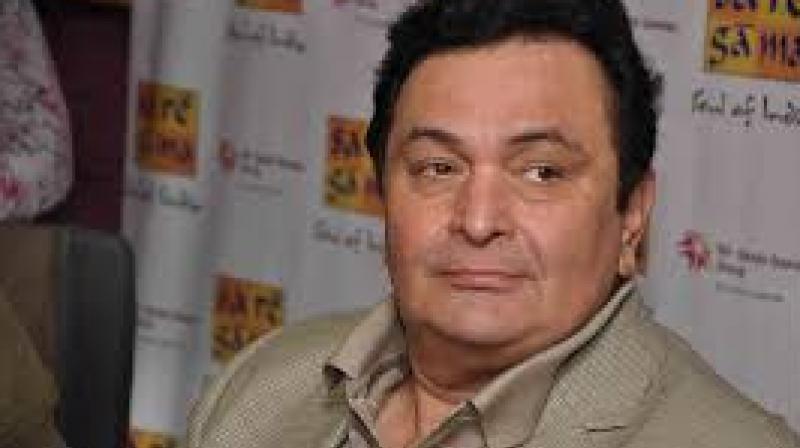 Mumbai: Veteran actor Rishi Kapoor says he has reached a stage where the length of his character in a film doesn't matter to him but he would no longer choose insignificant roles, such as the father of the leads.

The actor, whose recent filmography boasts of movies such as "Mulk" and "Kapoor & Sons", said he now looks for parts that have an impact on the storyline. "I really love my work and I am passionate about it. The length of a role is not important but I don't want to play an insignificant role, like the father of the hero or heroine in a film. I did those earlier. But there's a learning process," Kapoor told PTI.

"Now I want to do roles which contribute to the story. There will be a saleable hero in the film and after that if there's any character which is important to the film and story, only then I'd do it," he added. Kapoor will be completing 50 years in movies next year with the golden jubilee of 1970 film "Mera Naam Joker", his screen debut. However, the 67-year-old actor doesn't believe in working "round the clock like a machine" and said healthy breaks in between are a must for every artiste.

"If you give me a holiday, I'll be happy for a month without a job. You need to detach from work, you need to be fresh. You need that break. You're not a machine which can work around the clock. Everywhere in the world actors don't work 365 days." Kapoor recalled how there was a time when actors like Mithun Chakraborty and Govinda would work four-six shifts. "Their films would also be such, like a conveyer belt. Print-deliver-print-deliver. Films aren't made like this. It's a creative, sensitive job. Filmmaking is something for people to enjoy. "I never took my work for granted or got a trick for a conveyer belt-type of filmmaking, churning out movies back-to-back like biscuits being produced," he added. He will next be seen in Jeethu Joseph's "The Body".

The Hindi remake of the Spanish film of the same name, "The Body" is scheduled to be released on December 13.