The cast and crew of the film arrived in Chandigarh recently for the first schedule of the Anees Bazmee comedy. 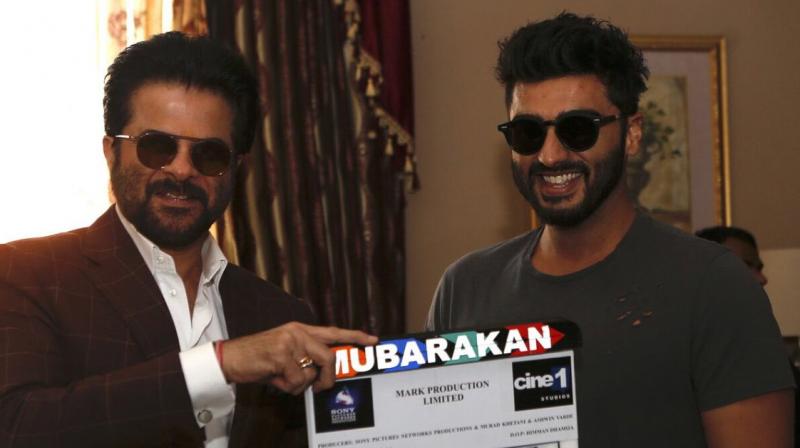 Anil Kapoor is not expected to shoot for his upcoming film ‘Mubarakan’ till January but the actor still set off to Chandigarh along with the cast and crew to spend time with them while they commence the shoot of the film.

Anil, Arjun and Bazmee received a grand welcome as they made their appearance like a Maharaja, with the actors grooving to the Punjabi music.

The first look of Arjun Kapoor in a double role is already out and Anil Kapoor also announced the start of the film by snapping the clapboard for the first shot.

Arjun and Anil also posed for a picture along with the clapboard of the film.

‘Mubarakan’ also stars Ileana D’Cruz, Athiya Shetty among others and is scheduled to release on 28 July 2017.