Alia Bhatt reveals that she and boyfriend Ranbir Kapoor don’t need to sign films together to spend time together. 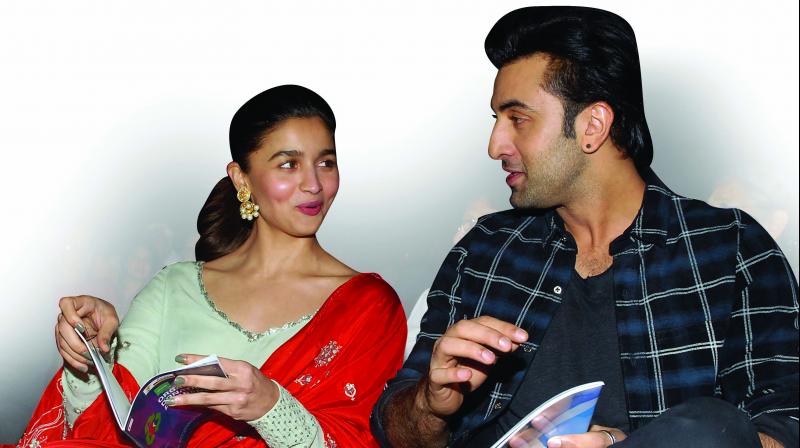 There are stories of real-life couple Ranbir Kapoor and Alia Bhatt won’t be doing any films together after Brahmastra, which is turning out to be the longest-shooting and most expensive film that Karan Johar has ever produced.

Stories allude to a possible rift between Ranbir and Alia that is dissuading them from working together on any other project. But the truth about the couple’s decision is far less grim and far more practical — it simply doesn’t make sense for them to do more films together after they committed to shooting for Brahmastra for a good 150 days.

A source close to the duo reveals: “Of course they get offers to work together all the time. But they don’t want to become like Dharmendra-Hema Malini, Bipasha-John or Saif-Kareena. These couples were so visible to the public in real life that the audience rejected their efforts to be seen together on screen.”

Alia herself adds that they’re separating work from personal life. “Work is work, and our personal life won’t be carried on the sets. While shooting for Brahmastra, we discuss only the shots and scenes. We don’t need to sign films together to spend time together,” she confirms.