Entertainment   Bollywood  25 Sep 2017  Nawazuddin Siddiqui and Vishal Bharadwaj are coming together to work on a film
Entertainment, Bollywood

This will mark the first collaboration between the two, actress opposite Nawazuddin is yet to be finalised. 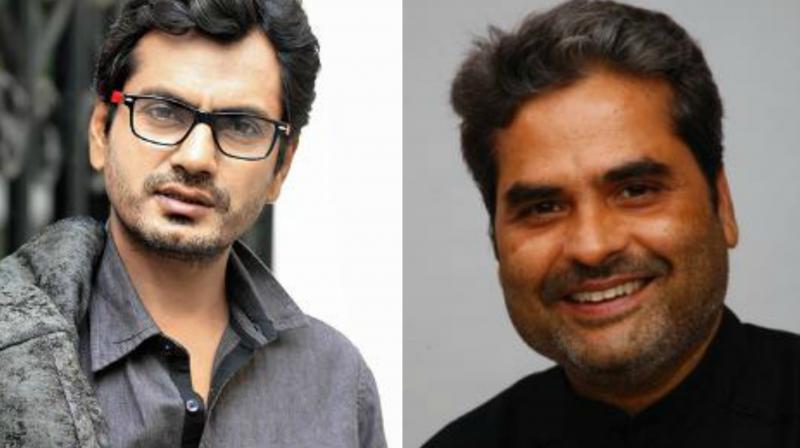 Nawazuddin is excited to be working for the first time with Bharadwaj.

Mumbai: Nawazuddin Siddiqui has said he will next be seen in director Vishal Bharadwaj's film.

According to reports, Bharadwaj is set to produce the film, which will be directed by Aditya Nimbalkar, who assisted the filmmaker in films such as 'Kaminey', 'Haider' and 'Rangoon'.

Word was the film, a comedy drama, would bring the pairing of Siddiqui and Kriti Sanon but the actor said he was unaware about who has been cast opposite him.

"I am doing a film with him (Bharadwaj). But I don't know who is being cast opposite me. It hasn't been decided yet. But it is official that we are working with each other. I always wanted to work with Vishal ji," he told reporters at the closing ceremony of the Eighth Jagran Film Festival here last night.