I am not verbally expressive: Shraddha Kapoor

In a freewheeling chat, Shraddha Kapoor talks about dealing with anxiety, Saaho and her rumoured beau Rohan Shrestha. 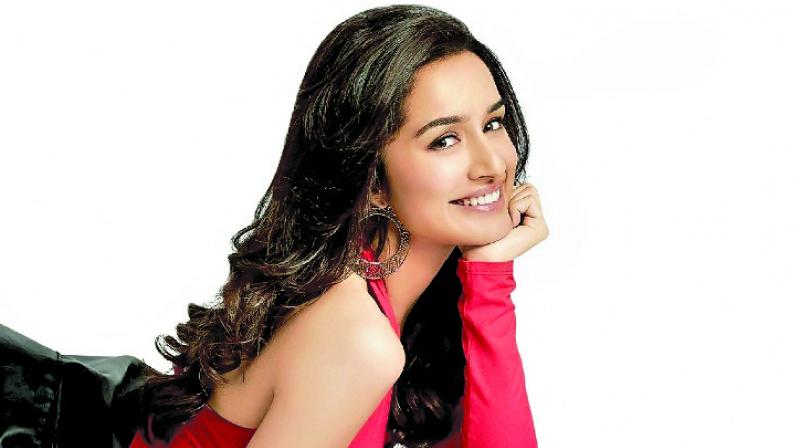 Being a celebrity comes with its own set of pressures and expectations, something that gets overshadowed by the glitzy life they lead. But unlike the previous generation, our new-age stars don’t shy away from speaking about their personal issues. Shraddha Kapoor who has three back-to-back releases lined up, has been suffering from anxiety issues for the last few years. And while shooting the climax of her upcoming film Street Dancer 3D, she had another anxiety attack. “It’s like a sensation in my chest; it’s different for everyone. I felt unable to shoot but my dancers pacified me and I was fine after a while,” says the actress adding that her anxiety issues are better now. “It is still there so I’ve started meditating and that really helps. I also watch what I eat and have been exercising,” she adds.

Part of her nervousness can also be attributed to her next Saaho with Baahubali star Prabhas. “It’s been two years that I am associated with Saaho, and I am honestly very nervous because audiences are very particular these days about what they want to watch. They don’t care about the budget of the film or who the actors are. So in a way, it’s a very good thing that way as everyone will pull up their socks and do their best. But because the audience is the ultimate judge, I am nervous,” the actress explains.

The 32-year-old made her debut with Teen Patti in 2010, but it was her role as a singer in Aashiqui 2 that made her a household name. From there on, she went on to essay interesting characters — a Kashmiri girl in Haider, a dancer in ABCD 2, and a real-life gangster in Haseena Parkar, among others. And despite almost a decade in the industry, she feels jittery with every release. “Even if you had a string of hits, you still feel that the next film is important. I’ve never felt relaxed ever about my movies; I feel nauseous; I feel like I want to go into hiding. If I had an option I would have locked myself in a room,” she adds.

While one would believe that Prabhas would steal the show in a high-budget film like Saaho, Sharddha says differently. “Gone are the days when actresses didn’t have substantial things to do in commercial roles. I am looking for challenges, but at the same time, people think that you lack substance as an actor if you are in a commercial film. But I believe that you can have that balance. So for me, I feel like I want to be a part of films where the story is something I connect with or would love to do. I want to be part of stories that will entertain the audiences. In Saaho, I have enough screen space,” she confirms.

In addition, the actress also opened up about the changing perception of the South Indian film industry. She reveals that she was offered some films down South before Saaho: “I was offered a couple of south films, but maybe I didn’t connect with those parts. When Saaho was offered to me, I was so excited to be part of this big action-thriller. The way I look at the cinema is that if I have enjoyed watching a film, no matter what language it is in, then it’s a good film for me. I felt at home because they were all so welcoming,” the actress shares.

Shraddha is quite a private person who doesn’t prefer speaking up on the burning issues around, but she does speak when she connects with the cause. “There is a highlight on my Instagram called Love, where I have shared things about the environment and things that I believe in. I am a very different kind of an expressionist; I am not verbally expressive. There are certain beliefs that I share in my own way on social media,” she explains.

Meanwhile, she has also in the news over her alleged affair with ace photographer Rohan Shreshta. There were also reports about her tying the knot with him soon, which the actress is quick to dismiss. “Absolutely not true at all. Let me know when I am getting married, I will ask all you guys. I think the lesser I say about finding love, the better it is because no matter what I say will be misconstrued,” she concludes with a smile.