The upcoming film, which witnesses Kajol as a single mother and an aspiring singer, will now release on October 12. 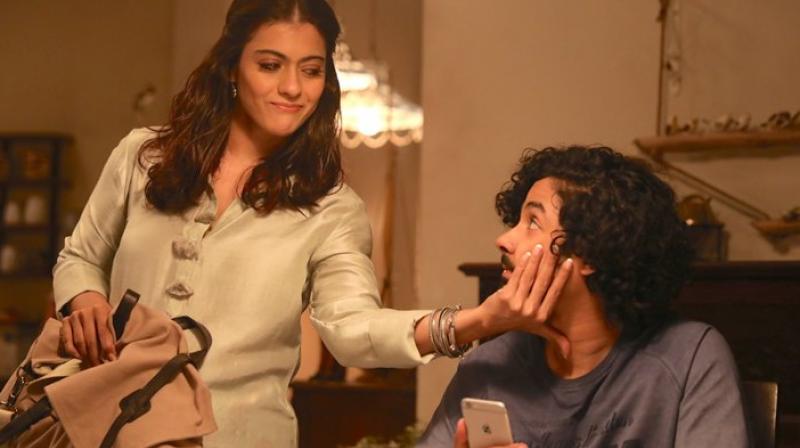 A still from ‘Helicopter Eela.’

New Delhi: Kajol's upcoming film 'Helicopter Eela', which was slated to release on September 7, will now hit the big screens on October 12.

The release date of the flick has been shifted after its director Pradeep Sarkar was diagnosed with dengue.

Confirming the news, film critic and trade analyst Taran Adarsh tweeted, "New release date for #HelicopterEela: 12 Oct 2018... Since director Pradeep Sarkar is diagnosed with dengue, Ajay Devgn has taken a decision to resume work on the film after Sarkar is discharged from hospital... Ajay Devgn and Jayantilal Gada have now shifted the film to 12 Oct."

Reinventing the process of parenting, the comedy-drama witnesses Kajol as a single mother and an aspiring singer.

Also starring Neha Dhupia and Tota Roy Chowdhary, the film has been produced by Ajay Devgn and Jayantilal Gada.