The actor notorious for his impertinence was slammed by members of the Twitterati for being rude to a fan. 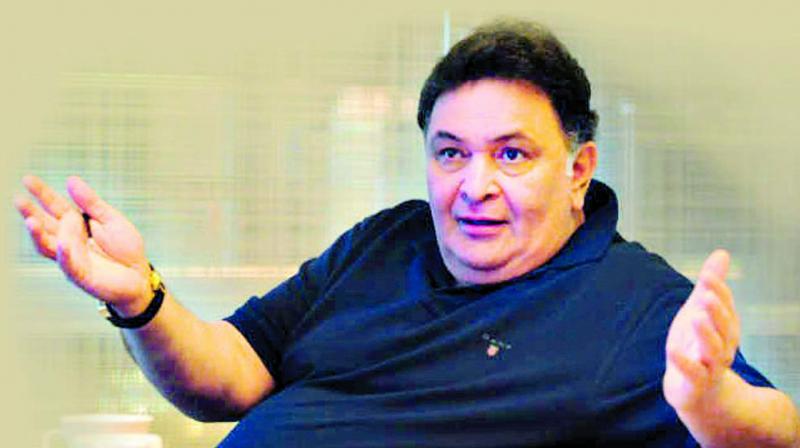 When a lawyer took to Twitter to commend Rishi Kapoor on his performance in Mulk, he probably didn’t expect to become a victim of the veteran actor’s legendary mean streak.

Rajat Anand tweeted, “@chintskap Sir I have seen ur muvi MULK the way u represent as lawyer and as a victim of situation hand off you sir..being a lawyer i really congratulate you to bring forward such kind of social issues. Good Luck (sic).”

To which Rishi replied, “Thank you, sir. But being a lawyer yourself, your English language, grammar and spellings are so poor? I cannot understand what you tried saying (sic)!”

Needless to say, his comment didn’t go down well with members of the Twitterati, who then set out to teach the self-proclaimed master of English some manners.

“He is not required to know English too well, he should know law! But Sir, you forgot something called humanity and courtesy, he was complimenting you for your work, you need to brush up your brain, not just skills (sic),” wrote Kamal Parashar.

Blogger Mani Talan also commented, “Omg!! This is the limit of rudeness…learn some manners Mr Kapoor. Atleast a courtesy to say Thanks. No need to improve his English (sic).”

Another Twitter user, Neeraj Sharma, decided to deliver a hit below the belt. “He’s having his 5th peg so he’s out of his sanity. He doesn’t deserve the compliments and fan following from our country. He’ll soon shift his base to Pakistan,” he tweeted.

And Rajitha Kashyap called out Rishi for his unnecessarily rude tweet. “I don’t think knowing English is a prerequisite to be a lawyer in India or to be on Twitter. In the world of Twitter, where nine out of 10 people have negative things to say, here’s one person showing you some appreciation and all you see is his poor English? (sic)” she asked.

Kapoor soon realised that he’d messed up and deleted his tweet. But the damage was done. This is not the first time that Rishi’s lack of a mental filter has landed him in a sticky spot. Last year, when Gurmeet Ram Rahim was convicted on charges of rape, the actor tweeted, “All this submission to your wrong guide is crap. People take advantage of your vulnerability. If they become the voice you follow them...(sic).” His tweet was accompanied by a picture of a naked boy wearing headphones, with the jack emerging from his private parts.

Immediately, advocate Adil Khatri, the General Secretary of the Jai Ho Foundation, visited a cyber police station and registered an FIR against the actor under the Protection of Children from Sexual Offences Act and the Information Technology Act.

“Mr Rishi Kapoor has more than 2.6 million followers on his Twitter account, which means that this child pornographic material got circulated to more than 2.6 million people. There are more than 62 retweets and 376 likes as of now on his indecent image and this will increase many fold (sic),” his FIR application read.

Rishi also created ripples in the Twitterverse last year when he tweeted, “Don’t bullshit people on “Dynasty”. You have to earn people’s respect and love through hard work not zabardasti and gundagardi (sic),” he found himself in the midst of a virtual storm.

That same year, he was also admonished for being mean to Salman Khan. The actor initially offered to quit Twitter, but soon retracted his words and returned to the microblogging platform. Looks like it’s time for him to give it up for good.