With the recreation of 'Tan Tana Tan' from 'Judwaa 2' all set to release on Friday, the two actors got together for a video. 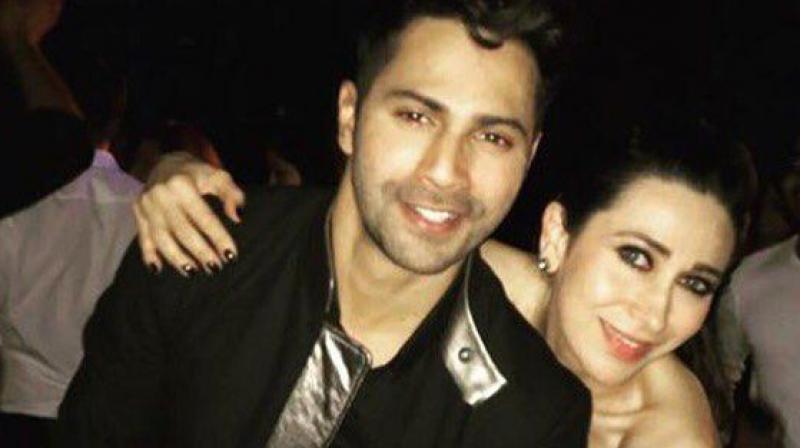 There were reports earlier that Karisma Kapoor would be making a cameo in Varun Dhawan's 'Judwaa 2.'

New Delhi: One of the two iconic songs from the original Salman Khan-starrer 'Judwaa,' 'Tan Tana Tan' is all set to release on Friday.

To create more frenzy amongst the fans, Varun Dhawan shared a video on social media where he can be seen shaking a leg on the song with the original Mala aka Karisma Kapoor.

He shared the video on his Instagram handle and captioned it, "#Tantanatan moment. With my fav actress @therealkarismakapoor . That's my tantanatan moment #ChaltiHaiKya9Se12 song out tomorrow at 11am."

Earlier, the 'Badrinath Ki Dulhania' star had shared the teaser video of the revamped version of the song on Twitter and announced that the full song will be released on Friday.

The team has also retained 'Oonchi Hai Building' in 'Judwaa 2.'

Helmed by David Dhawan, the flick also stars Taapsee Pannu and Jacqueline Fernandez, and is set to release on September 29.