The first video on her channel gives viewers a sneak peek into her journey so far, including her first audition and becoming Miss Sri Lanka. 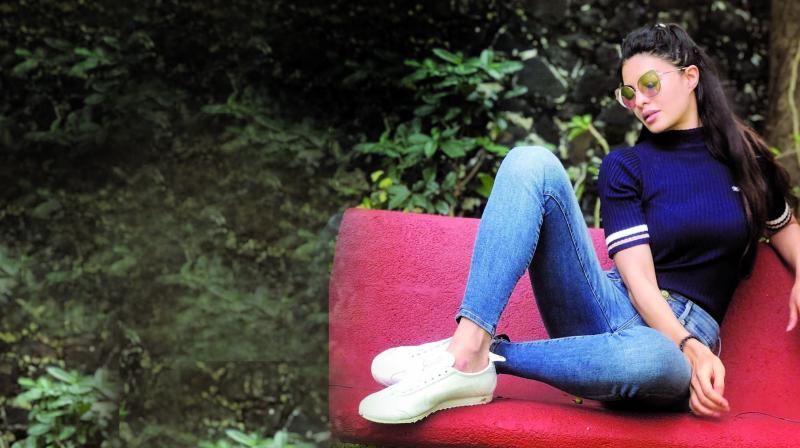 Actress Jacqueline Fernandez is the latest actor to launch her own YouTube channel, where she enhances her bond with her fans and gives a sneak peek into her daily life.

The first-ever video on the channel showcases Jacqueline’s journey so far, giving the audience glimpses into her childhood, introducing her family, her first-ever ramp walk, the moment when she became Miss Sri Lanka, her first audition to the current time, and lots more.

Revealing what prompted her to launch her own YouTube channel, the actress shares, “My journey has had its ups and downs, but it has been a Bollywood-themed crazy rollercoaster ride.”

Jacqueline made her Bollywood debut with Sujoy Ghosh’s 2009 film Aladdin, starring Amitabh Bachchan and Riteish Deshmukh. The film turned out to be a dud at the box office, but Jacqueline got noticed and went on to work in films such as Housefull 2, Murder 2, Kick, Brothers, Dishoom and Judwaa 2.

“Looking back, I think I always had a special relationship with the camera. I feel I have always been camera-friendly — a happy little kid. I have two people to thank for that, my dad and my mom,” she further shares.

On the work front, Jacqueline will soon be seen in Netflix’s upcoming thriller Mrs. Serial Killer, which is about a woman whose husband has been framed and imprisoned for serial murders. She needs to perform a murder exactly like the serial killer, to prove that her husband is innocent. The film is directed by Shirish Kunder and produced by his wife, filmmaker Farah Khan.