Entertainment   Bollywood  25 Jul 2019  Here's what Kriti Sanon has to say on not getting much credit for 'Luka Chuppi'
Entertainment, Bollywood 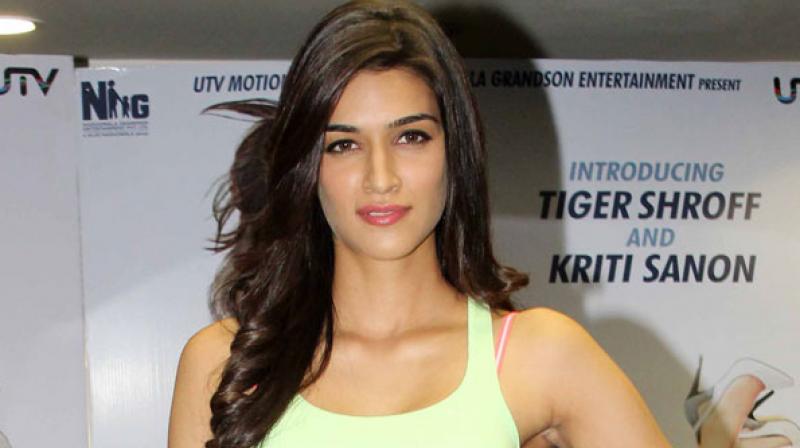 Mumbai: Kriti Sanon, who is currently busy promoting her next, Arjun Patiala, has recently expressed her opinion on not getting much credit for 'Luka Chuppi' than Kartik Aaryan.

In an interview with Bombay Times, Kriti said, "Though it happens at times, I think most people are scared nowadays about not mentioning the work of female actors; they fear that we might tweet about it (laughs!). Once the conversation started, Arjun (Kapoor) and I also tweeted because a similar incident happened when they started talking about the clash of Panipat (which features Kriti and Arjun) and Pati Patni Aur Woh (Kartik Aaryan, Bhumi Pednekar, Ananya Panday). There are times when actresses are not given as much importance as the actors, even when it comes to mentioning them in the headline. You don’t call a romantic film a girl’s movie."

"Some people have a tendency to write in detail about the male lead’s performance and just two lines describing the leading lady’s work. That, too, they focus more on how pretty she looked. Now, that’s upsetting. Even if you didn’t like my performance or want to criticise me, please write about it. I would love that feedback. Having said that, not everyone does it. The scenario is changing and it will probably get better with more people addressing the issue. I always treated Luka Chuppi as my film and am glad that it did well. I avoid paying attention to negativity, as it spoils my happy moments," she added.

Speaking about her equation with Kartik, Kriti said, "We clarified that in our own fun manner because sometimes, things are blown out of proportion and you wonder where these reports are coming from. We just laughed it off."

Meanwhile, Kartik and Kriti starrer Luka Chuppi had crossed Rs 100 crore mark at the box-office. On the work front, Kriti's next 'Arjun Patiala' also stars Diljit Dosanjh and Varun Sharma in lead roles. The film is releasing on July 26, 2019.