Javed Akhtar and Shabana Azmi speak about the pitfalls of the golden era of cinema, including lack of coordination and continuity. 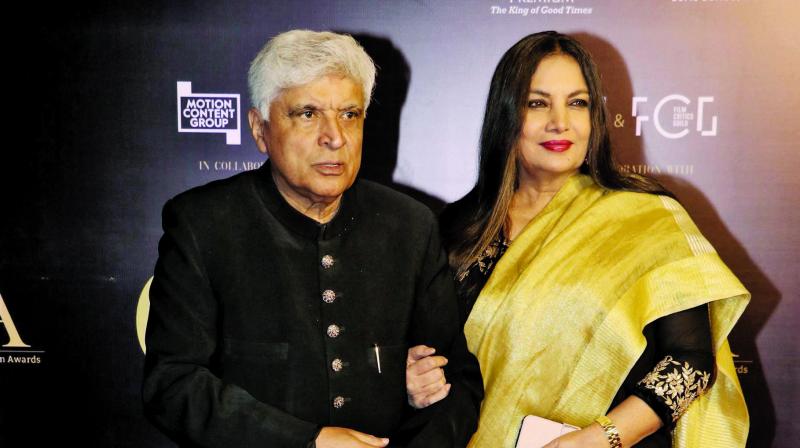 He claims that comparing today’s films with those of the past is a ‘useless’ conversation.

ShemarooMe is celebrating the Golden Era of Hindi cinema via a show named Living Legends, where the host will tell the compelling stories of films and actors from back then.

Speaking about the golden era, legendary lyricist Javed Akhtar says, “We all keep praising the olden days, as if to say that is too good. Please remember one thing: that golden era can never be the present era. Undoubtedly in the 50s, 60s and the 70s, there were films, one better than the other. But the fact is that nowadays, the standard of filmmaking has improved for the better,” adding, “Leaving apart Raj Kapoor, Bimal Roy, Mehboob and others who made a handful of good films, But even then, about 300 films were made in a year!”

Lastly, he claims that comparing today’s films with those of the past is a ‘useless’ conversation. “Yes, we need to reserve the good work that was done in the golden era. By praising the work of that era, we need not criticise today’s work at all,” he advises. Meanwhile, his wife Shabana Azmi has a different take on the matter.

She opines, “I don’t think today’s films are very special, because an important transformation has taken place in the mainstream cinema — Earlier mainstream cinema and art cinema or parallel cinema as you call it, had a very clear division. Today we see there is an amalgamation. There is an understanding that content is the king, and no star is bigger than the content. What is very heartening is that technically, films have improved to a great deal. And also the standard of acting has improved manifolds. Earlier actors were doing 12 films a year, and did not have a sense of building a character. It was possible that you may have done a scene today and picked up the same scene to next one after 12 months, where his hair may have grown.”

Giving an example of Rishi Kapoor she says, “For even someone as talented as Rishi Kapoor, when he did Karz, they did not find it necessary to play the chords on the guitar. Today it’s unthinkable that anybody who is playing a rockstar can get away without playing guitar. So I really feel this is a wonderful era. My kudos to people who are working today,” she concludes.