Year after year, Akshay has only looked at that date to release his films, even if they have not been patriotic films as such. 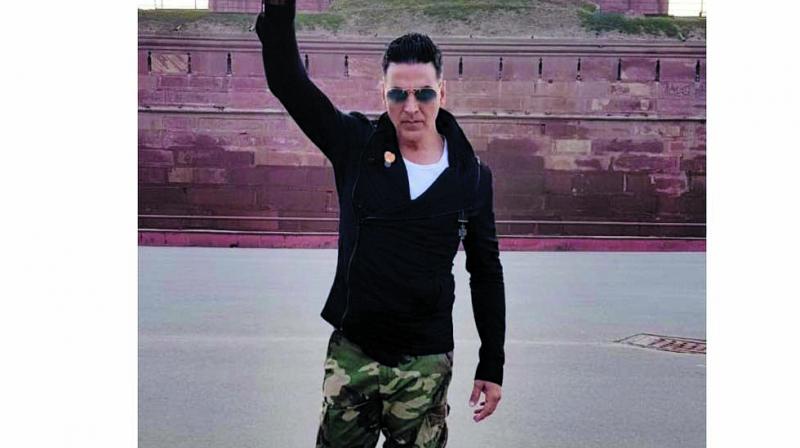 “After Rustom in 2016, he released Toilet: Ek Prem Katha on sanitation issues in the country in 2017. The year 2018 saw him release India’s first tryst at winning gold as an independent nation, in the form of Gold. And now it is Mission Mangal, which is based on India’s first mission to Mars. Interestingly, other Independence Day weekend releases include Salman Khan’s Ek Tha Tiger in 2012, Ajay Devgn’s Singham Returns in 2014, Chak De India in 2007 and the Karan Johar directed multi-starrer Kabhi Alvida Naa Kehna in 2006. But since 2016, Akshay has tried to make that date his own, with John Abraham’s Satyameva Jayate hot on his heels last year, Batla House this year and Satyameva Jayate 2 on Independence Day 2020,” informs an industry source.

Akshay has still not announced any release during Independence Day as yet, but we guess it won’t be long, judging by the pace he signs and completes films.

Aamir Khan has got Christmas, Salman Khan has Eid, and Shah Rukh Khan has Diwali, but there is a war between Akshay Kumar and John Abraham over Independence Day.

“Akshay’s film Laxmmi Bomb and the Prithviraj Chauhan historical by Dr Chandraprakash Dwivedi are both slated to release next year, apart from Sooryavanshi by Rohit Shetty, which will be out by March. We won’t be surprised if the latter makes it to I-Day going by the nature of the film!” says a movie analyst.