Shraddha is one of many other Bollywood actors who have been cast for this film, but Sujeeth says it was not intentional. 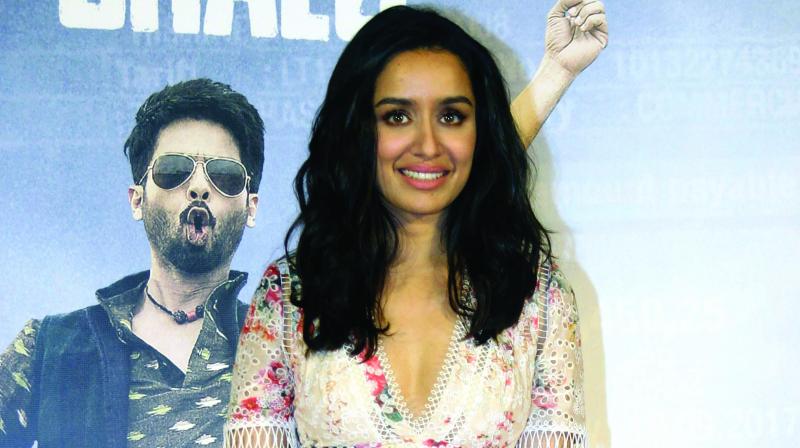 Shraddha Kapoor, who has bagged a role in Saaho, will take the film a notch higher with the action sequences.

The actress, who is currently shooting in Europe, will be seen doing many stunt scenes all by herself. Saaho has international stunt directors on board.

A source close to the film reveals, “She decided to do most of the stunt scenes all by herself and not use body doubles.”

The director of the film Sujeeth, who has given an ample importance to the female protagonist in his film, says he consciously started his teaser with Shraddha.

“When I did the teaser, we started with the close up of Shraddha. Prabhas is a huge star and you expect him to be there in the opening act. We had two options here: One to go with Prabhas and other was to begin it with Shraddha, and we chose the latter,” he explains.

Talking about the action sequences, he says that it took a month or two to finish the script. “A lot of time was required to get the action right. I met the action guy in 2015 and then we had all the sequences and he gave some suggestions and then I altered some things in the script,” he adds.

“We have worked with international stunt choreographer Kenny Bates, he has done Tranformers. He is the best guy in action, and he liked the idea. It took one year to get everything sorted. There was another action guy called Peng Zhang, who is a stunt coordinator and had also directed a Chinese film Asura. I met a couple of action guys and it took time.”

Shraddha is one of many other Bollywood actors who have been cast for this film, but Sujeeth says it was not intentional. “It was never intentional to cast a Bollywood actor for the film. We started casting after Baahubali, and by that time people knew about Prabhas in Bollywood. Whoever I think is apt for the story, I cast them. Actors like Jackie Shroff, Neil Nitin Mukesh and Chunkey Pandey all fit the parts well,” the director reveals.

Elucidating further, he says, “Shraddha Kapoor plays the lead and she is the best choice for the film. Chunkey Pandey will be seen in a different avatar, I told him I will present him differently. He heard the story and liked it.”

The film will not just be high on action but also high on VFX. “The reason we do VFX is to make it look believable. As a director, it is my responsibility to give the best product to my audience,” the director concludes.