Ashutosh Rana is doing a pivotal role in Karan Johar's ‘Dhadak’, which marks a debut of Sridevi's daughter Janhvi. 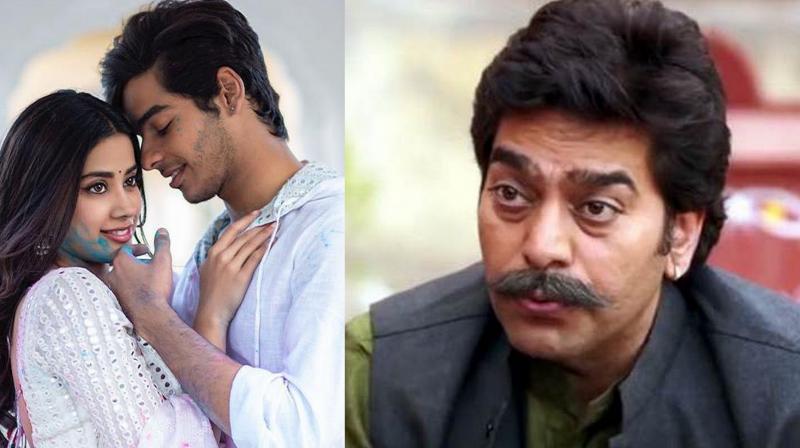 Mumbai: Actor Ashutosh Rana is doing a pivotal role in ‘Dhadak’, which marks a debut film of Janhvi Kapoor. Rana opines that we need to watch any debutante as an individual. Working with Janhvi Kapoor in 'Dhadak', the actor is all praises for this petit beauty. Read what Ashutosh has to say….

So the inevitable question is if he noted some resemblances and similarities in acting - to her late mother Sridevi. Ashutosh says, “About having resemblances to mom Sri I would request all you guys including the audiences that whenever there blooms a fresh and new talent- debutante, we need not to kill his or her individuality. Especially comparing them to old actors is not at all justified. I having worked with Janhvi feel that she has a different approach to acting. Yes, we may feel this is her first film, but the way Janhvi has worked incredibly hard that we will see her as a fresh and a new actor with loads of capabilities on par with her performances.”

Adding further more, Ashutosh mentions, “While acting with Janhvi and Ishaan Khatter, in fact I had to try something different. I immediately understood working with them that I cannot take them lightly. You have to rejuvenate your performances while working with new and fresh kids, especially Janhvi who comes all prepared to the T….I could see her “nahi toh aapki kisi bhi ball ke upar woh sixer dal denge!!” [if you don’t come up to their talent they may ball a sixer on you performances] Janhvi  is too exuberant a performer especially the way she has performed in her debut film will spellbound the audiences. In fact I had to imbibe their energies and try to come up to their talent. While performing alongside these fresh debutantes’ I started feeling that my performances’ too experienced something new and fresh, I felt , I performed with a touch of rejuvenating in my acting calibre.”