Gold trailer: Did Akshay Kumar take you back to the time of SRK’s Chak De India?

They are not only two films on hockey, but Akshay Kumar's ‘Gold’ and SRK's ‘Chak De India’ are well-intentioned. 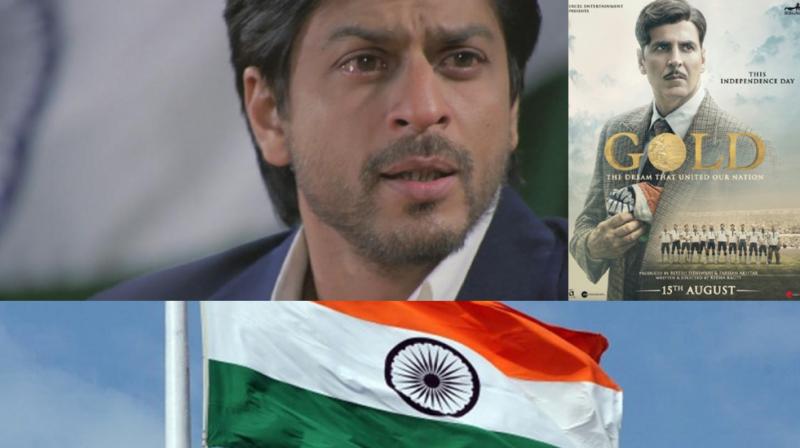 They are not only two films on hockey, but ‘Gold’ starring Akshay Kumar and ‘Chak De India’ featuring Shah Rukh Khan are well-intentioned.

Both the movies scream the name ‘India’ with pride, both passionate about their country being represented on a foreign platform.

Akshay Kumar and Shah Rukh Khan both strived for ‘Gold’ in their movies, both disgraced by people of their own.

However, they both choose to fight till they win, which is the true spirit of a player. Nothing goes right for them internally too. They have a dysfunctional team, which could either separate or stay united.

Interestingly, they both are based on true events. Even though ‘Chak De India!’ wasn’t promoted in that manner, news reports stated it was based on the life of Mir Ranjan Negi. ‘Gold’, on the other hand, too, is based on real events, of the time when free India won its first Gold medal for hockey.

It will now be interesting to see how powerful Akshay Kumar’s dialogues in the movie will be. Shah Rukh Khan’s 17-minute dialogue became extremely popular, and we’re hoping similar magic will be created with ‘Gold’.