Talking about something ‘new’, when did singing happen to Madhuri, we enquire 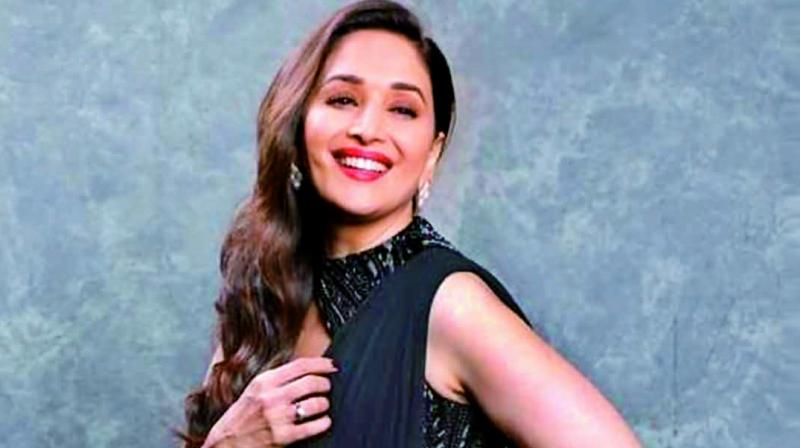 Padmashri Madhuri Dixit, who was featured seven times in the Forbes India Celebrity 100 list, had begun acting when she was about 20 years old.

The Ek do teen girl has since donned different hats in the field of glitz and glamour, from being an exuberant actor, dancer, judge and producer to now a singer. Her single’s video titled Candle was launched recently.

When she tells us that singing is not new to her we realise there’s a lot we don’t know about this beauty despite having followed her ardently for a couple of decades.

Madhuri broke a million hearts when she married Shriram Madhav Nene in 1999. The couple has two sons, Arin and Ryan. But she let neither the blissful marital life nor the warm motherhood clamp down her talents. The classic beauty made her acting and dancing comebacks in 2007.

But she admits to us that her bucket list has only been increasing. “It never ends,” she says with her disarming smile, “Sometimes, I feel it’s like a never-ending list, but it feels so good to do something new and especially so when it is appreciated. And I want to do more.”

A candle to the world

Talking about something ‘new’, when did singing happen to Madhuri, we enquire. “I used to sing even during my school days. I’d participate in all competitions and be on the stage, whether it was for dancing, dramatics or singing,” Madhuri tells us. “In fact, my mom is a trained vocal singer, and so I had lot of exposure to classical music and singing. I was exposed to singing even between all my dancing, singing thumris, taranas, etc. But with work and matrimony and kids happening in succession, singing took a back seat though it was always a part of my life.”

What is Candle, her first music video, about?

“Candle showcases a glimpse of my journey so far, which has been full of surprises, struggles, celebrations and soul-searching,” she tells us after a moment’s thought.

Madhuri then shares that besides recounting all that she’s sailed through, the video also talks about what people are going through in these times. Incidentally, the video is also dedicated to some others.

“All the frontline workers during the Covid-19 outbreak and lockdown, such as doctors, nurses, policemen and sanitation workers, who’ve been striving hard to keep the rest of the community safe,” she explains, “They are like candles in the rain.”

The video has another dedication the labourers. “They are in the field out there, away from their families. They need a candle to shine bright for them, signifying hope and positivity,” adds Madhuri, who has been engaged in philanthropic activities for a while, having worked with UNICEF since 2014.