Social activist and producer Smita Thackeray talks about her recently launched cultural space, and evolution of art and culture over the years. 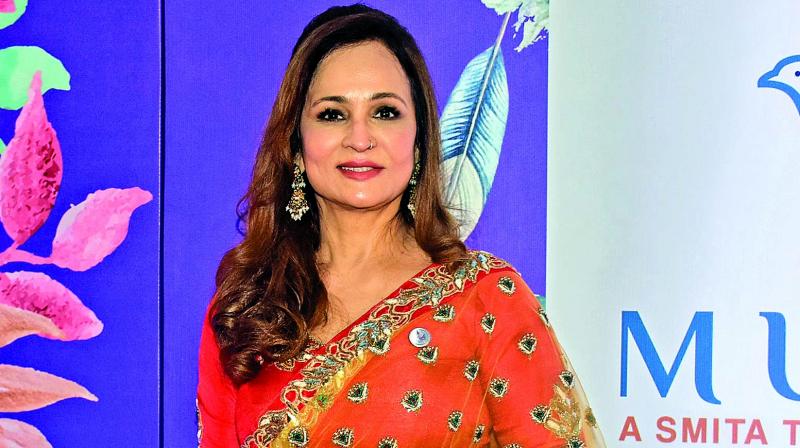 From being the daughter-in-law of Shiv Sena supremo Bal Thackeray to a philanthropist and a producer, the 58-year-old Smita Thackeray is enamoured by the leadership qualities. Growing up in Mumbai, she developed a passion for drama, dance and music, and following the same creative instincts; Smita is now on a mission to propagate art and culture with Mukkti Cultural Hub — an art and culture space, which was inaugurated by Amitabh Bachchan recently. With the space, where art in the form of dance, music, paintings and performances can be practiced and showcased, Smita intends to provide space to everyone with creative work including differently-abled people.

“We have ensured that the Mukkti Cultural Hub is a place where everyone can feel at home with their art, no matter what their background or physical condition is. Our facility is completely accessible for differently abled people as well,” says Smita. Talking about the relevance and importance of the place in the western suburbs Smita explains, “Although Mumbai is a cultural hub, there aren’t enough cultural spaces in the city for a vast arts community, especially in the suburbs. Mukkti Cultural Hub is not just one space, but multiple venues for doing parallel activities under one umbrella.”

In her illustrious career spanning over two decades, Smita has produced films like Haseena Maan Jaayegi (1999) and Sandwich (2006). However, Smita has taken a break to focus on newer forms of content. “I have produced a lot, and yes, I currently have a few interesting projects in the pipeline. So in a way, I never left producing. Just decided to take some time off to focus on newer forms of content,” assures the producer.

Being close to her father-in-law, who was a cartoonist throughout his life, Smita was able to closely associated with the evolution of entertainment, art and culture.  “His passion for creativity has trickled down into everyone in the family. I was fortunate enough to be encouraged to become producer,” she claims. She also feels that over the years, art and culture have evolved more mature. “I have interacted with so many new faces in my journey and I am confident that we are headed in a grander, more mature form of arts and culture,” she claims.

When asked if film industry being dominant in Mumbai, overshadows the theatre and cultural activities in the city, she begs to differ and says, “It was the case before, but today I see many people branching out into various forms of experience.” According to Smita, the masses will always love the cinematic form through films and now through web serieses, but as the theatre world is also evolving, a new intrigue is developing towards the form of art once again. “Cinema has a rich heritage and it might be a newer form of expressing art and culture compared to music, theatre and dance. But in a way, it is also an amalgamation of all these forms, and I aspire to promote everything that comes under the umbrella of entertainment,” she asserts.

Smita, who stood for the rights of those marginalised is known as the ‘Power Women’ in the entertainment and social circle, but she too had her fair share of brickbats in the past. Being a single woman fighting for so many causes was often not taken seriously. Despite the criticism, she continued to work hard. “When I started off, I faced a lot of doubt and criticism. With continuous hard work, soon everyone realised my potential and their support followed. You can’t always start big, but you can always grow bigger,” she smiles. Ask about the present situations of women in the country she rues that sexism and criticism, better hidden, but still there, however, women have become confident. “The women today have become more confident to face it head on and that’s what I’m most proud of,” she concludes.