Even before her career began, troubles seem to be Sara Ali Khan’s favourite destination! 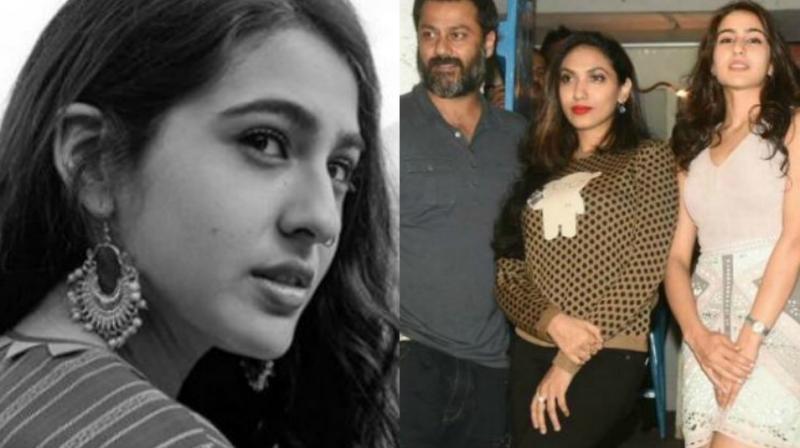 Even before her career began, troubles seem to be Sara Ali Khan’s favourite destination!

It was officially announced that the actress would make her debut with Abhishek Kapoor’s ‘Kedarnath’. However, the shooting of this film was stalled as Kriarj Entertainment did not clear the dues and hence Abhishek took owner of Kriarj Prernaa Arora to the court.

Sara’s debut film landed in trouble and there was unsurety if the film could go on or not. But Sara’s parents Amrita Singh and Saif Ali Khan did not want to take any risk with their darling daughter’s career and hence, after speaking to Karan Johar, Saif Ali Khan landed Sara Ali Khan another film which was none other than ‘Simmba’. Starring Ranveer Singh in the lead role, directed by Rohit Shetty and produced by Rohit and Karan Johar along with a lot of masala, the film was a definite ideal debut for Sara.

But luck seems to have played another game with the debutante. ‘Kedarnath’ got back on track as Ronnie Screwvala came on board. Sara, who should’ve ideally been happy that her debut movie is finally back on track, now has more to worry than to rejoice.

Abhishek Kapoor, according to a report on Times Of India, has dragged Sara to the high court for not giving him dates despite it being mentioned in the contract they signed in September.

Sara had reportedly agreed to be available for the movie whenever it demands her, but after bagging ‘Simmba’, she now has date issues. ‘Kedarnath’ makers informed Sara that the shooting will go on from May till July 5, but her agent said the debutante actress will not be available in June since she has given her dates to ‘Simmba’. Thus Abhishek was left with no option but to approach the court and ask them to solve the matter. He has also reportedly requested the court to ask Sara Rs. 5 crore compensation for breaching the contract and making damages.