Right from Oye Lucky Lucky Oye!, Richa set the tone of her film choices, and she has successfully maintained it. 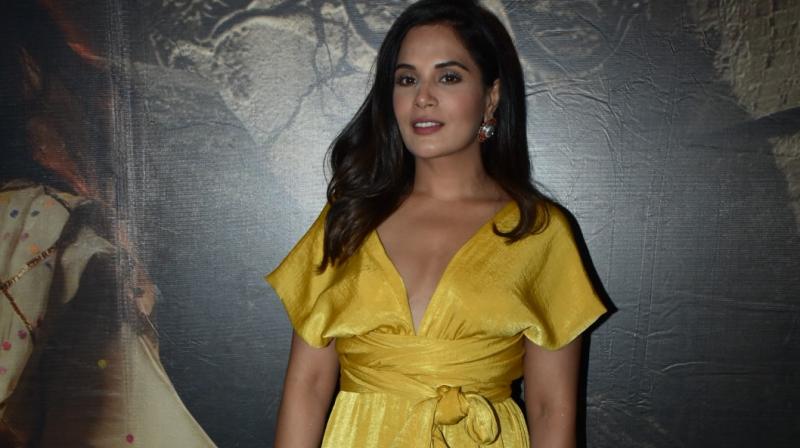 Richa Chadha might not have a run-off-the-mill Bollywood tryst, but the actress who made her debut with a rather whimsical character in Oye Lucky Lucky Oye!, set the tone of her film choices from the word go. She went on to impress with powerful performances in films like Gangs Of Wassepur, Fukrey, Ram-Leela, and Masaan, to name a few. She is back with yet another unconventional dose of drama Daas Dev. Richa gets chatty and pours her heart out on her relationship with Ali Fazal, her film choices, charity, forthcoming venture and more. Excerpts:

The film was ready in 2014, what took so long to release it?

I don’t think it was stuck for all these years as we were reworking on it for many reasons so it took another two years but in fact, GOW (Gangs of Wasseypur) also took two years to kind of put together. The scale of the film is huge as we shot in Ayodhaya palace, Faizabad, Lucknow, Delhi, Mumbai and the outskirts of Mumbai.

We get to see a non-glamorous Paro in Daas Dev…

I guess the first two Paros are non-glamorous only. Suchitra Sen only had one bindi, kajal in her eyes and a cotton saree throughout the film. Paro is madly in love with Dev and has accepted his flaws. The plot of Paro and Dev’s love story is pretty much similar but since it is a political saga so there is a lot of conspiracy, assassinations and blood bath all over.

How is the camaraderie of Paro with Chandramukhi in this one?

In the previous Devdas, they are dancing together. In this one, they only meet once in the film. There is no as such camaraderie between the two but they know whereabouts of each other.

How you maintain the unconventional instinct in your film choices?

I feel out of the league also finds me. I am really lucky that these filmmakers trust me for playing such parts. I want to be proud of my filmography after spending some time out here in the industry. Although, invariably I will be embarrassed of some films I do but I always learn something from my bad or good films.

How do you feel being a household name especially in the two tier cities?

That’s a very welcome surprise for me because I want to reach India as I am very rooted. I know enough about my culture, my people and my country. Whenever I do a part, I try and bring some humanity to the character.

How do you manage to guard yourself in this industry?

I don’t think I do controversial stuff but I do get trolled for my opinions but it is fine. One has to pay a price of what we speak. I don’t think I hold responsibility as a public figure but as a woman, I do. Recently, there were a lot of names who spoke against the Kathau rape case be it Ritesh, Akshay Kumar, Karan Johar and others but social media only targeted Swara Bhasker, Sonam Kapoor and the likes that they are hungry for public. As an industry, we still carry a sexist mindset.

So enjoying the bliss with Ali Fazal…

We hardly get to meet each other. We both are working actors hence meet once or twice a month. Recently, he finished his schedule of Milan Talkies in Lucknow and I started my schedule of Abhi To Party Shuru Hui Hai there so we hung out. I am really happy that we were able to meet even if we have to travel together for the sake of being together.

Any thoughts on Abhi To Party Shuru Hui Hai?

It is a full on comic caper. It is a wonderful ensemble of people like Saurabh Shukla, Pankaj Tripathi, Vinay Pathak, Kumud Mishra, Manoj Pahwa, Pawan Malhotra and so on…

How’s your charity work going on back there in Punjab?

It is going very well. I think I should do more of charity now as 50% of my total work is about charity.