Centre of the storm is a remixed version of composer Rajesh Roshan and poet Javed Akhtar’s rendition. 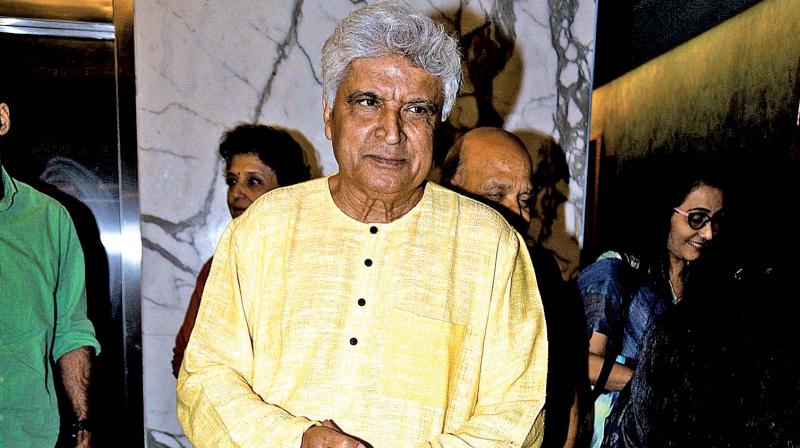 Javed Akhtar and Rajesh Roshan have decided to take legal recourse against T-Series and the Malik brothers for remixing one of their old songs without giving them any credit.

Javed Akhtar, who just won a hard-earned battle favouring lyricists and singers in the copyright war against music companies, is livid about the ‘creative vandalism’ in today’s culture of remixes.

At the centre of the storm is a remixed version of composer Rajesh Roshan and poet Javed Akhtar’s 1996 hit Ghar Se Nikalte Hi, rendered by Udit Narayan for the film Papa Kehte Hain.

However, in a shockingly revised version sung by Armaan Malik, there is no mention of the original trio in the music video and credit has instead been given to Amaal Malik and Kunaal Vermaa for the composition and lyrics, prompting an angry and disgusted Akhtar to take legal recourse.

“This has to stop. I’ve sent legal notices to the people responsible for doing this. Today they change the lyrics of one of my well-known songs. What is to stop them from changing the lyrics of Ae mere watan ke logon, the patriotic classic that had the nation weeping?” asks Akhtar, adding, “The new version of Ghar Se Nikalte Hi makes no mention of my lyrics, Rajesh Roshan’s composition or Udit Narayan’s singing. This is sheer vandalism.”

A normally reticent music composer, Rajesh also opens up. “I heard the new version of Ghar se... just a few days ago and was speechless. How can they do this?” he asks, adding, “These are big players. T-Series is a powerful company, but my brother (Rakesh Roshan) insists that we must take action. There is no end to this kind of creative vandalism. Film music has hit rock bottom. Today’s producers tell you how to compose a song, which notes to play, which rhythms to put in etc. I am used to working in an environment of complete freedom. Now there is only freedom to steal other people’s ideas and creativity,” he rues.