She’ll be seen playing the character of Vidya’s boss Maria, in the film. 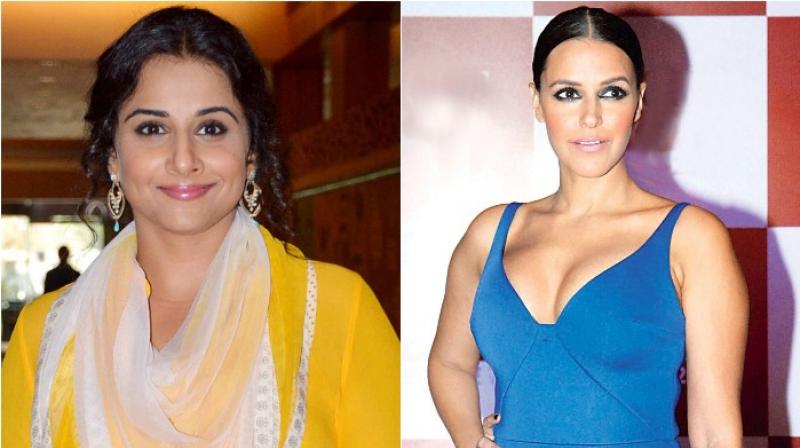 Mumbai: Vidya Balan is essaying the role of a night radio jockey in her upcoming flick ‘Tumhari Sulu’.

The actress has already started shooting for the film since last week in the city.

Along with Vidya Balan and Manav Kaul, the gorgeous diva Neha Dhupia also joins the cast of 'Tumhari Sulu'.

Neha will play an assured head of a popular radio station, where she'll be seen bossing around Vidya.

Co-producer of the film, Atul Kasbekar posted a tweet stating his excitement about Neha’s addition to the cast. He said, “Say hello to the dazzling @NehaDhupia who plays @vidya_balan's boss Maria in our next film #TumhariSulu. Delighted to have her on board.” 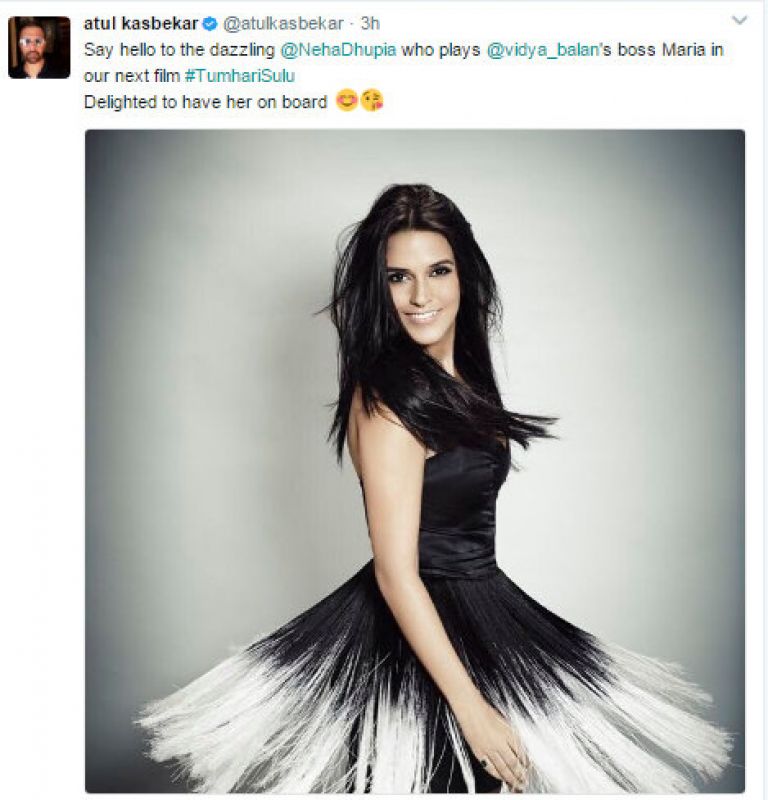 The former beauty queen had confirmed the news with a tabloid saying, “Maria is a lot like me - independent, funny and strong. The look is chic and classy, and while she's not overbearing, she can be a bit overpowering. Suresh (director Suresh Triveni) comes from the ad world and he's clear about what he wants. I've always admired Vidya's work, we've met a couple of times socially, but never shared screen space before. I've done a couple of reading with Manav Kaul and her recently. There were times when we've burst out laughing in the middle of a serious scene and Suresh has sportingly wanted to incorporate a joke to make it fun.”

On bagging this role, Neha continues, “I was told it was because of the person I am. It's surreal to be playing a character that I've lived with for six months.”

The director of the film, Suresh Triveni, also spoke about the actress saying, “Maria is a beautiful, aggressive and successful entrepreneur. It's an interesting and important role which will bring Neha's unpredictability alive.”

Neha will commence her shoot for this film from June.