Also starring Vikrant Massey, Chhapaak is all set to hit the theatres on 10th January 2020. 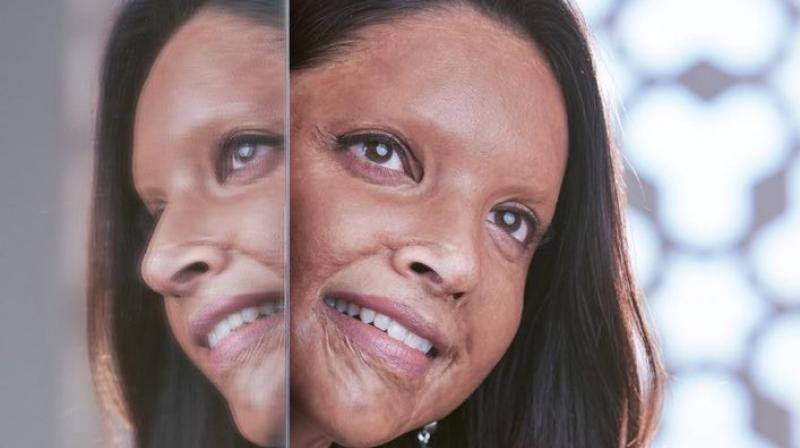 Mumbai: Ever since Deepika Padukone, Meghna Gulzar and Fox Star Studios announced their collaboration on the film, Chhapaak, based on acid attack survivor Laxmi Agarwal, people have been getting curious about the content of the film and Deepika’s look. And guess what, the first look of Deepika Padukone from Chhapaak is out.

Sharing the first look of the film, Deepika wrote, "A character that will stay with me forever... #Malti Shoot begins today! #Chhapaak Releasing-10th January, 2020."

A character that will stay with me forever...#Malti

Deepika is looking totally different in this look. This seems to be one of the most challenging roles in Deepika's career. Right from the make-up to the expressions, the 'Padmaavat' actress relates a lot to Laxmi Agarwal.

Meanwhile, the celebrated actor who is known for her choice of roles will be seen as Malti. Chhapaak is about determination and the undying human spirit of not giving up despite adversities at every step.

Interestingly, Chhapaak, Deepika forays into production under her banner KA Productions. Meghna Gulzar, known for directing true-life stories with authentic grit will be calling the shots as the director of Chhapaak.

Also starring Vikrant Massey, the shoot of the film begins today in New Delhi. Chhapaak is all set to hit the theatres on 10th January 2020. It is produced by Fox Star Studios, Deepika Padukone’s KA Entertainment and Meghna Gulzar’s Mriga Films.