Keeping that in mind the shoot of her Telugu film was pushed to February to ensure Taapsee could promote Dil Junglee with full force. 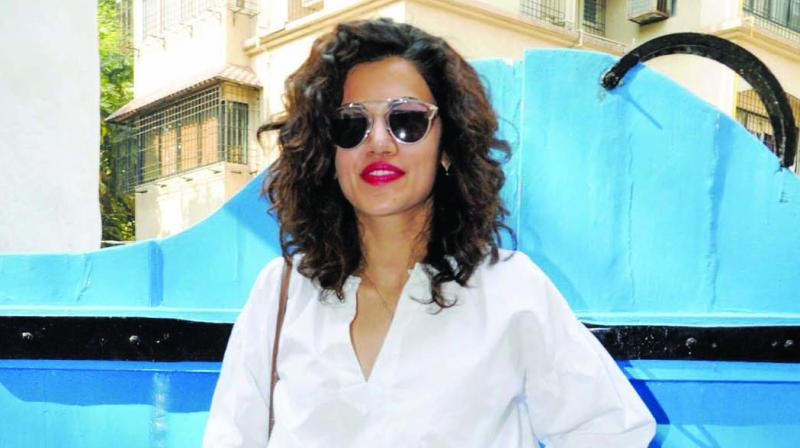 Actress Taapsee Pannu is just not a household name only down South, but has made a mark for herself in Bollywood as well.

Currently busy shooting Anurag Kashyap Manmarziyaan in Amritsar, the Pink actress is simultaneously also shooting with Aadhi Pinisetty in Hyderabad. Leaving that aside, she busy with the promotions of her upcoming film Dil Junglee.

Keeping that in mind the shoot of her Telugu film was pushed to February to ensure Taapsee could promote Dil Junglee with full force.

And while they have resumed shooting for the ‘untitled film’, the actress has been seen shuttling between Amritsar and Hyderabad for the last few weeks.

“While her Manmarziyaan shoot in Amritsar has been taking up most of her time, Taapsee ensured she kept time aside for Aadhi’s film. As there were some crucial scenes that needed to be shot. Over the last two weeks, she has been shuttling between the two cities and two industries to fulfil all her commitments,” says Taapsee’s spokesperson.