The movie has continued garnering rave reviews after being appreciated at Toronto, Busan film festivals, and MAMI. 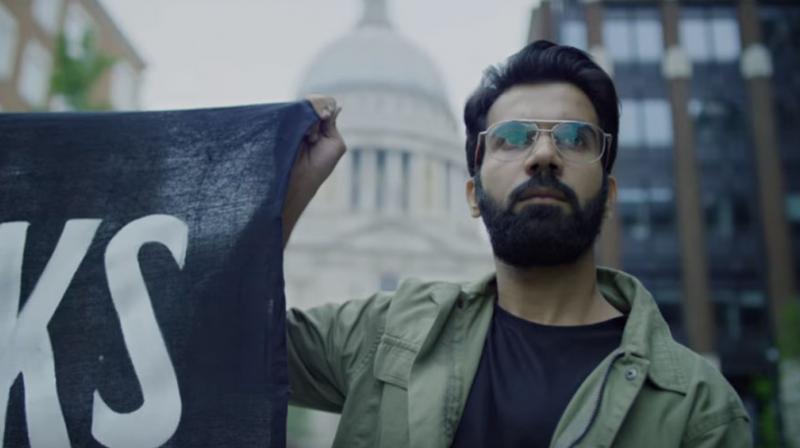 Rajkummar Rao in a still from 'Omerta.'

Recently, the film's show was sold out at the prestigious Hong Kong International Film Festival. It was screened in the Global Vision category which is dedicated to international films.

The Hong Kong International Film Festival which is in its 42nd year is Asia's oldest and screens over 250 titles from more than 55 countries across the world.
Director Hansal Mehta, who was present at the screening, stated that he was overwhelmed by the number of questions the audiences had for him post the screening.

He said, "I was asked a lot of questions that threw up several new interpretations of how the audience perceived the film. It's definitely got me thinking. As a director, it's fascinating to hear people speak of how they interpreted your vision. The HKIFF always attracts the best of global talent and for 'Omerta' to represent India was a proud moment for everyone associated with the film. I am very happy that the audiences appreciated the hard push against terrorism in the film, and how it inspires open dialogue into the matter."

'Omerta' is the true story of one of the most dreaded British terrorists of Pakistani descents. Shot in real locations across London and India, Hansal Mehta's 'Omerta' exposes the real and present danger of Pakistan-sponsored terror. It's woven around bloody terror attacks starting from the kidnapping of the foreign tourists to 9/11 and the Mumbai terror strike to the brutal beheading of American journalist Daniel Pearl.

Presented by Swiss Entertainment and Karma Media, produced by Nahid Khan and 'Omerta' also stars an ensemble featuring Timothy Ryan Hickernell, Kewal Arora, Rajesh Tailang and others is set to release on April 20.