Entertainment   Bollywood  25 Mar 2017  Nobody lasts for 15 years, but I did, says Bipasha Basu
Entertainment, Bollywood

Nobody lasts for 15 years, but I did, says Bipasha Basu

Bipasha Basu talks about having survived Bollywood, and her reluctance to be in a movie where she is just a pretty face. 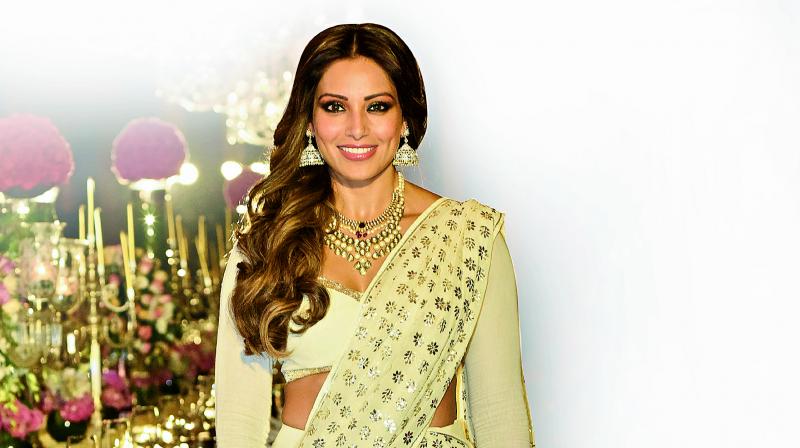 In the last 15 years, Bipasha Basu has single-handedly made a name for herself in cinema and has been surviving well in the industry.  The actress is recently associated with the intiative, Teach for Change. “Teach for Change is doing extraordinary work for education, which is one of the biggest tools that the world can benefit from,” she says.

Bipasha, who got married to Karan Singh Grover, will celebrate her first anniversary next month. “I don’t even realise that one year is going to be up. It’s been an amazing time. I am married to someone who is my friend, companion and soulmate. We are perfectly in sync,” she says.

But being a celeb couple has its own ups and downs. “We are always going to be under the scanner. Gossip and rumours will exist in a business like this, and people are always curious to know what you do every day. We understand that. Rumours are for others to read. Initially, it affects you but later on you develop a thick skin,” she adds.

Though Bipasha is not shooting currently, she is occupied with a lot of activities. “I am busy every day, multitasking to be the woman at home, at work, being a daughter, a wife and the girl with 100 things that she wants to do. Even though I have really not shot any films, I am occupied with various things. I am living the best part of my life because I worked really hard to reach here. I am not the kind of person who wants to live in monotony that is just go to work, come back, make money and repeat. I would like to spend that money as well. And I mostly spend it on travel. Karan and I earn, save, travel and spend a lot.”

But does she miss acting? “I have taken quite a long break from acting and it is about time that I really decide what I want to do,” she says, adding, “I read a lot of scripts. I just have to zero in on what I want to do. You can’t just do films to be around. After a point, when you do a film, it has to say something.”

So how true is that an actress stops getting offers after she gets married? “But no actress lasts 15 years, I have. It is very tough. The only reason they last is because people love them. Everybody goes for the new — it is a given. We have to survive the test of time and I am very lucky to be here. I don’t look back and I don’t have plans. It’s always about now. I had a good run and have done all kinds of films. I have made my name not piggybacking on any hero ever. That is a big thing in today’s time. The next movie I do can’t be a movie like Humshakals. I cannot do one song in the film and be there in the crowd standing and looking pretty. I am not saying that it’s a bad thing to do but I have already done all that,” she adds.

Talking about her future plans, Bipasha says, “I aspire to do a lot in the fitness and health space. That’s an area I want to grow in.”