When I want to feel beautiful, I wear a sari, says Zoya Akhtar

Zoya Akhtar, who is often seen in Western wear, reveals that it is the sari that she holds dear. 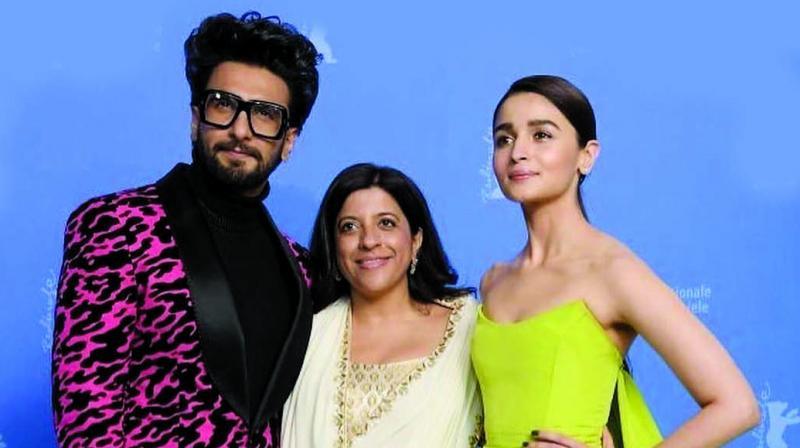 Though she is quickly gaining the reputation of being a filmmaker ahead of her times, director Zoya Akhtar is often spotted in the most casual looks. Be it on the sets or her office, Zoya seems at ease in her simple and stylish T-shirt and denims look. But not many know that the Gully Boy director loves draping a sari.

“I love wearing saris. Be it for festivals, weddings or film festivals. I feel it is a beautiful and gorgeous garment. Whenever I want to feel beautiful I wear them. My mom has a lot of saris and she is parting with them. But I can’t wear it on the set, as it’s cumbersome,” shares Zoya.

The director reveals that the sari she wore to the Berlin film festival was custom made. “The sari I wore to the Berlin film festival was designed by Shweta Bachchan and  Monisha  Jaisingh. It was winter there so I had told them to make a special sari for me. They made a sari of cashmere wool so it was like being wrapped in a shawl. It was a white sari with a brocade blouse,” she smiles.

Talking about her mother’s sari collection, the Luck By Chance director tells us that all the saris will be given to her. “Since mom has lovely saris and she is parting with them, she will keep giving me all her beautiful saris for every event. I have no hassles in taking her saris as golden georgette saris are in vogue, as old is gold. So I will make the best use of my mother’s beautiful saris,” she concludes.