Will Sridevi’s documentary feature tragic death of the actress too?

In half a century of her career span, Sridevi, who started her career as a child artist, had worked in over 300 films. 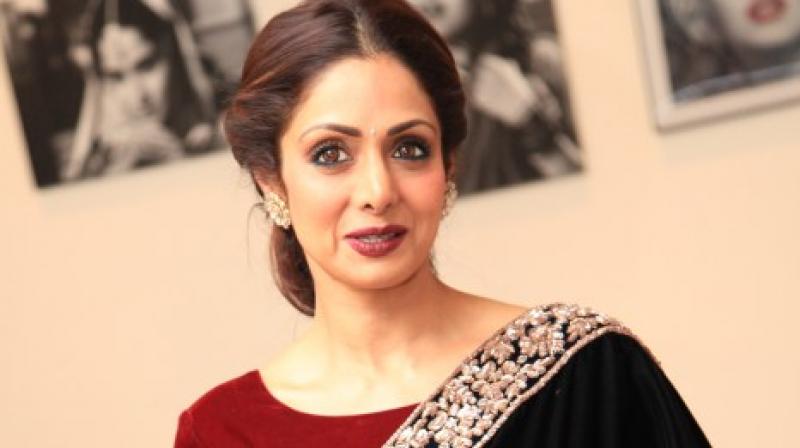 Sridevi snapped at an event.

Mumbai: A few days back Mumbai Mirror reported that some fan clubs have flagged off a documentary on veteran actress Sridevi. But the actress had an untimely heart attack in Dubai, because of which she left for the heavenly abode.

In half a century of her career span, the actress, who started her career as a child artist, had worked in over 300 films.

The report stated that the film, a documentary, went on floors only after husband Boney Kapoor gave his nod to let the one-hour documentary, a culmination of archival footage, extensive interviews with late Sridevi’s co-stars from Hindi and South films, as well as her family, pick on its journey.

Not only that, the film was supposed to focus on Sri’s 15-year hiatus and comeback with Gauri Shinde’s 2012 hit ‘English Vinglish’ and the Padma Shri honour, along with some transcribes of her feature interviews and magazine covers from the ’80s.

But the question which arises here is that like her career span, her death was also a tragic incident. So will the documentary cover that aspect too? Will Boney Kapoor let that incident be covered for the world to see?