Leaving with a heavy heart

After being confronted with multiple problems and snubbed by the bureaucracy, Mukesh Khanna has stepped down as Chairperson of CFSI. 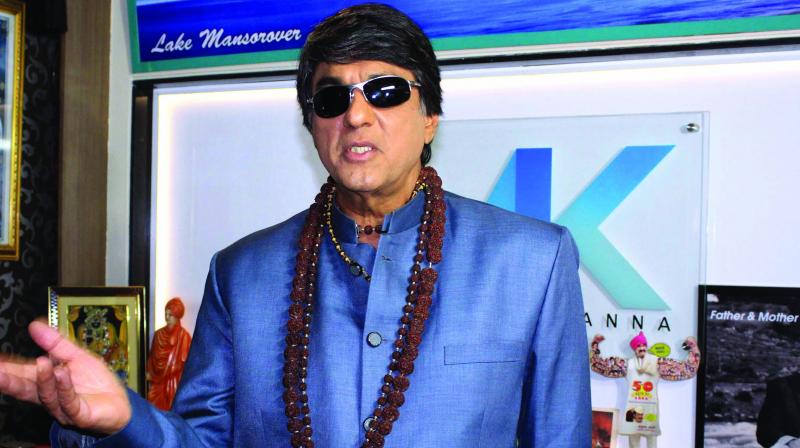 Mukesh Khanna resigned from his post of the chairperson of the Children’s Film Society of India, and it took around three weeks for them to accept it. Mukesh ‘Shaktiman’ Khanna is an angry man. Excerpts from an interview:

When you joined the CFSI as CEO, Shravan Kumar was elated. What went wrong?

Ek aur ek gyarah hota hai, but I never found the CEO adding to anything I was doing. At the executive committee meetings, I always found myself alone. I said a word like tender should not affect the creativity in filmmaking.  They operate in a very sarkari fashion. Maybe they are not wrong, they have their own rules. But then I was suggesting things that are for the betterment of the CFSI.

What are these tenders?

There are these old films which we telecast on Doordarshan and there was a marketing agency who came to us and offered us Rs 3 lakhs to be the agency. I was told we have to put out a tender. Because of such reasons Doordarshan is not popular with marketing agencies. I told them I am not doing anything wrong, so let me talk to the auditor. But no auditor came to meet me. We had four films ready, including one called Tennis Buddies which is India’s first tennis film and I was keen to get them released properly and we had distributors who were ready to put money into distribution. But they said, you need a tender. But here, how do you know that the person who is offering you the highest money is good enough to distribute? There has to be ability. They are people who know how to work their way around tenders and get the best price. That does not guarantee a good release for the film.

I told them that we are not Salman, Shah Rukh or Aamir Khan that distributors will come running to us. So, I was told, ok, put them on Doordarshan, and we will make the films popular. This is the kind of understanding the secretary of Information and Broadcasting has because he does not know how the film industry works.

But a lot of films like Karamati Coat and the likes are only made for awards and festivals?

But you did try to change things?

Yes, I did. I changed the rule that only films that can be released should apply. But my ideas were changed because this was an art film ka adda. To a certain extent, I agreed on certain things that I was learning from CEO that the Executive council and the member of finance committee should all agree. I fought with everyone. There were times when a film was approved with the budget and then I was told to reduce the budget randomly by ten per cent after approval.

Did you speak to the I&B ministers? There were three during your tenure — Arun Jaitley, Venkiah Naidu and Smriti Irani.

Jaitleyji and Venkiahji understood my problem and my point. But before they could do anything, they were shifted. Then we got a new minister. So, I thought abhi kuch to hoga because she is from the industry. But then even after writing a letter to her, I had to wait for four months and didn’t get a reply. There was no acknowledgement to the letter. Her PA said that she was busy. As the chairman of the institution under the ministry I have to wait in queue because the concerned minister is busy. Maybe she did not even know I had written to her.

Was there a problem between you and Smriti Irani?

I had criticised shows like Saas Bhi Kabhi Bahu Thi because that is not what children should be watching. What do they understand about saas bahus and nanads? And I was told that the minister was not meeting you because you have criticised Ekta Kapoor and that show. You cannot say no to anyone who wants to meet you and I was right about what I said about that serial.

So, you decided to quit after watching the Battle of Kurukshetra like  your own character Bhishma did on a bed of arrows in Mahabharat?

Ha, ha! Something like that. I had around three months left in my tenure and I thought I should protest and resign. Either there is a problem with me or I am not liked. So, it is better to quit and make some noise. I had already passed around 25 films after rejecting ten times the films, but the money never came. So, what can I do sitting there? They were earlier contemplating to merge CFSI and FD because they felt no one including CFSI, FD and NFDC were doing anything and now I heard that has started again. How can you do something when no one allows you to? And the final nail in the coffin was that they accepted my resignation after 17 days without asking me why I was stepping down three months before my tenure!

I am starting my company called Shaktimaan World of Children where I would present good children’s films and join hands with producers who are willing to make and release such films.