‘Sorry, but no sorry’ 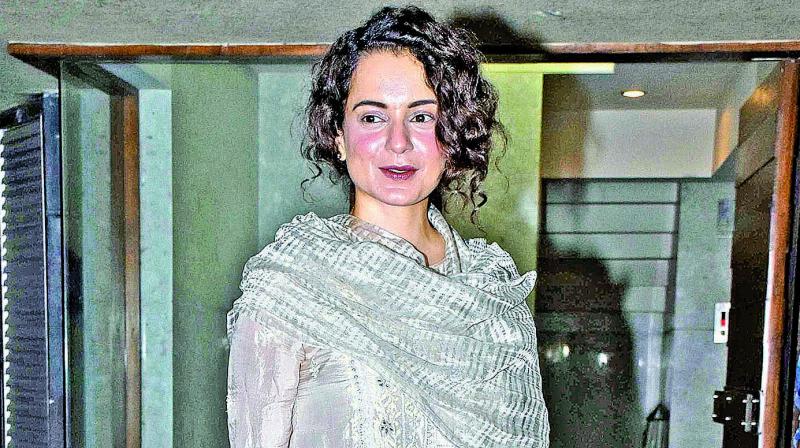 When actress Kangana Ranaut was told that the Karni Sena were objecting to her film Manikarnika: The Queen of Jhansi, she threatened to destroy them.

The Karni Sena then took a step back and said that they will not object to the release but they wanted an apology for the ‘destroy’ statement. But, Kangana is in no mood to say sorry!

“I will not apologise to them. I will not apologise for anything where I am not at fault. We have assured them that there is nothing wrong in the film and they should co-operate with us,” thundered Kangana on the sidelines of an event to promote her film.

Speaking about the centred character of the film - Rani Laxmi Bai of Jhansi, she said, “I am not related to her. Manikarnika is everyone’s daughter. She is the daughter of this nation and they should not let their egos come in the way. I am not going to say sorry to anyone.”

Releasing today, Manikarnika clashes with Thackeray at the box office but Kangana has no worries. The actress says that there is space for all the leaders. “He (Thackeray) has been a great Maharashtrian and has done so much for this state. Even Rani Lakshmi Bai was a Maharashtrian and she is a daughter of this state as well. They both were great leaders and we have space for everyone in our hearts,” says the actress.

Kangana, who has often been spotted with Sadhguru Vasudev Jaggi taking his advice, also adds that we need gurus to guide us. “Whatever I am today is because of my gurus. It was Swami Vivekanand first and then when I felt being inside a box for a while. Sadhguru came and set me free,” she adds.