Bharat Teaser: Salman Khan brings journey of a man and a nation together 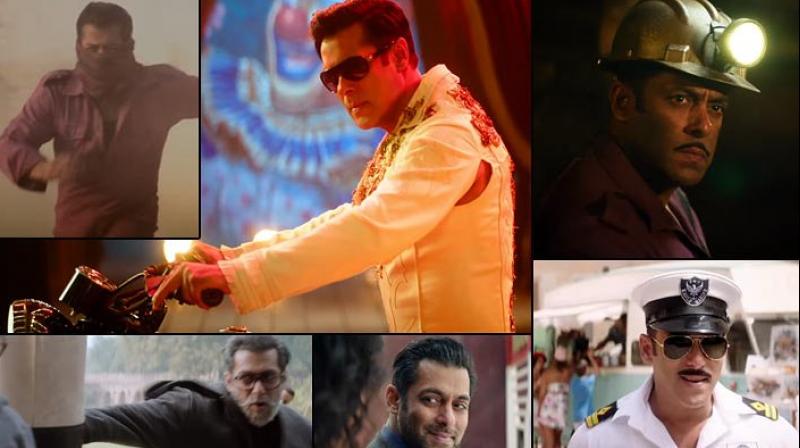 Mumbai: The much-awaited teaser of Salman Khan's 'Bharat' starring him In and As 'Bharat' is out now. The teaser starts with the monologue of Salman Khan along with the glimpses from the film and the teaser shows the journey of a man and a nation together. Also, it features the different avatar of Salman Khan, from rockstar bike rider to navy officer to old man. Salman Khan's Bharat teaser looks promising as ever.

Earlier, the teaser announcement was made by the producer Atul Agnihotri a few days back and now the teaser is finally out.

Team Bharat is currently shooting the last schedule in Filmcity, Mumbai and now the makers shared the teaser and it is all that you need to see.

'Bharat' is Zafar's third collaboration with Salman after the 2016 film 'Sultan' and the recent 'Tiger Zinda Hai'.

The 'Dabangg' star will be seen sporting five different looks spanning over 60 years, including a crucial part which will showcase the actor in his late 20s, looking much leaner and younger.