Those missing from the gathering were Shefali Shah and Zaira Wasim, who won the critics’ award for best actor. 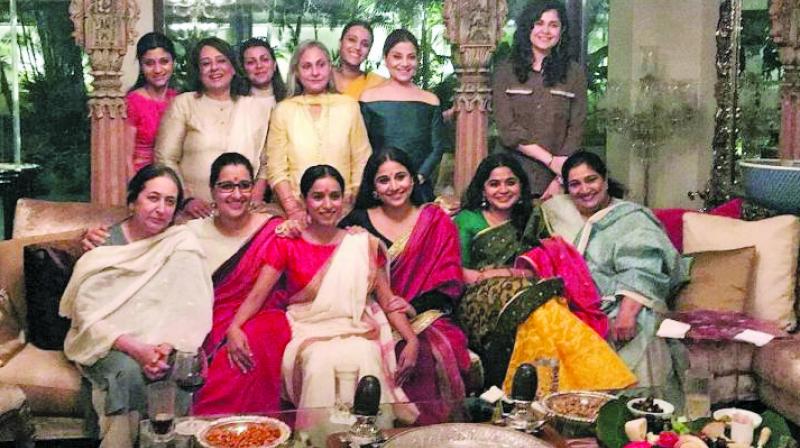 Woman power is Bollywood’s new motto. Actress-turned-politician Jaya Bachchan hosted an evening for her co-stars following their victory at an award show.

The powerful women were all dressed in sareees of colourful shades. However, Parul Sondh, Daddy’s production designer and Meher Vij kept it casual with the former sporting an off-shoulder. Jaya herself chose to wear a simple Indian outfit.

Vidya Balan won the award for best actor in the female category for her role in Tumhari Sulu, Ashwiny Iyer Tiwari won the Best Director’s award for Bareilly ki Barfi. Konkona Sen Sharma won the best debut director award for A Death In The Gunj.

Those missing from the gathering were Shefali Shah and Zaira Wasim, who won the critics’ award for best actor.