The action hero in a press conference for Kung Fu Yoga in Mumbai revealed that he was willing to do an out-&-out song and dance Bolly movie. 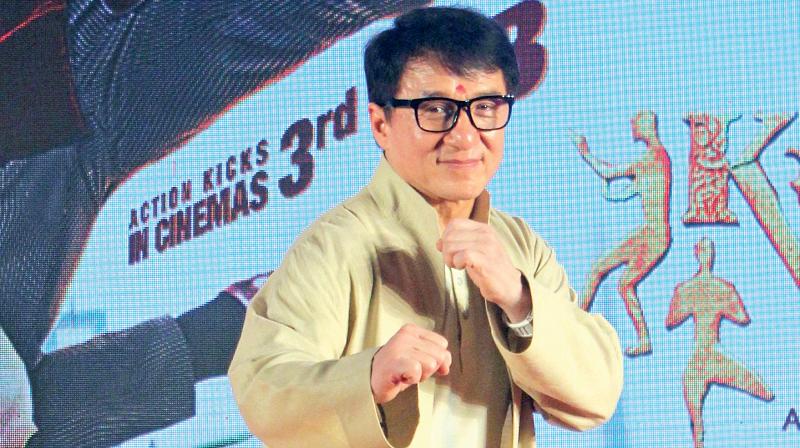 While he had a packed schedule on his one-day visit to India, Jackie Chan undoubtedly turned out to be the show stealer in every event he attended. The action hero in a press conference for Kung Fu Yoga in Mumbai revealed that he was willing to do an out-and-out song and dance Bollywood movie.

The actor received a grand welcome in the city, and after he shot for Kapil Sharma’s comedy show, he headed to a press conference. He also held an after party, which was also attended by Salman Khan.

The 62-year-old actor, known for his terrific stunt scenes, says he still gets nervous about action sequences. “I’ve been doing action all my life. Do I get scared? Yes, I do get scared doing the stunts. It’s probably my last shot.”

He also showered love on his fans, and said, “I love my fans and I cannot pick them out one by one for photos and shake hands with everyone. What I can do is every year I make different kinds of movies, different comedy, difference action and different roles. That’s my biggest present to give all around the world. It’s because of you (the fans) I do it. I don’t know how long I can continue to make movies, but as long as I’m alive, I will entertain you. (sic)”.