Kamal refused to comment on the feasibility and desirability of an Ek Duuje remake. 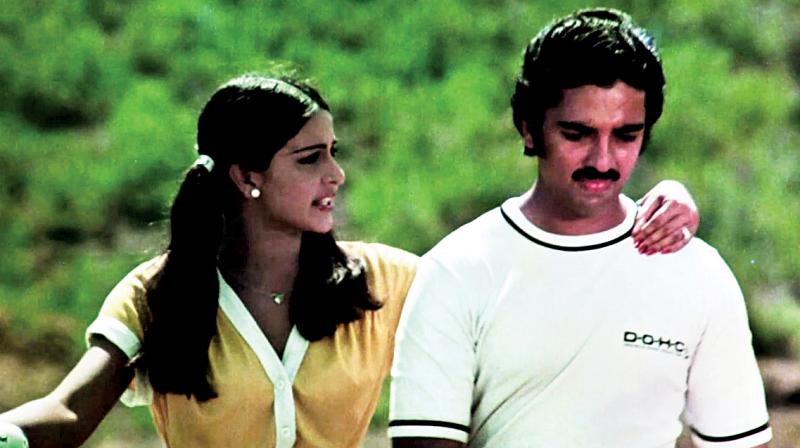 If sources are to be believed, the new-age version of the movie is set to be a family affair with the leading lady of the 1980 blockbuster, Rati Agnihotri, looking to cast her son opposite lead actor Kamal Haasan’s youngest daughter, Akshara Haasan.

Tanuj Virwani, Rati’s son sounds hopeful for the remake and says, “It’s a great idea, with all the lineage and history associated with the original. Let’s see if it happens.”

While Kamal refused to comment on the feasibility and desirability of an Ek Duuje remake, he reveals a little-known fact that a sequel for the movie was made in Tamil. “It was called Punnagai Mannan and was dubbed as Dance Master in Telugu. It was supposed to be the sequel to Ek Duuje… I was proud when at the silver jubilee function, Mr K Balachander publicly announced that the story idea was mine.”

While he remains tight-lipped about a possible Hindi remake, he said about the Tamil movie, “If one watches Punnagai Mannan carefully, one can draw parallels to the Ek Duuje characters. In my original concept of the Tamil sequel, the film started with the climax scene from Ek Duuje, and we change the details of the suicide pacts. It goes wrong; Vasu can’t keep his promise and survives, seeing his love crash and die. He wakes up in the hospital, accused of rape and murder. The plot of the movie is of a jailbird dancer coming out to face the world, finding another lonely soul contemplating suicide. He discreetly dissuades her and takes her as a student in his dance class. That school is owned by Madhavi, from Ek Duuje, who taught him to dance. And so it went.”