Mirza Mazhar Ali Baig lead his team to victory at the South Zone Cricket Championship of the Deaf. 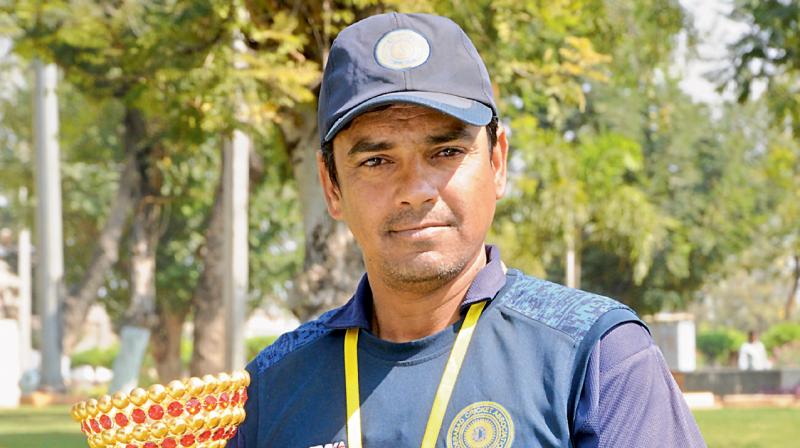 Mazhar Ali poses with the trophy.

Mirza Mazhar Ali Baig is a truly inspirational personality. The 44-year-old led the Telangana team to victory as the captain in the South Zone T20 Cricket Championship of the Deaf held in Coimbatore this month. Baig was also a member of the winning team at the World Cup Cricket Championship for the deaf in 2015, and has also represented the country in Melbourne, Australia.

Born with a hearing impairment, Baig took a liking to cricket at the age of 10 while watching Sachin Tendulkar play. He hoped to play like him one day and asked his parents to sign him up for classes. “I studied till the Class X, and then decided to make cricket my career. I played along with other people who could hear  and even got the chance to be mentored by V.V.S Laxman for the Under-19 team of the Gulham Ahmed Trophy,” says Baig using gestures while his 15-year-old son, Ahmed, translates.

One of the biggest challenges playing with those who didn’t have the impairment was communication. “They wouldn’t understand what I was trying to say and I couldn’t understand them. Then a friend told me about cricket for the deaf. I didn’t know that something like this existed and was glad it did. I then started coaching with others with impairment,” he says, adding, “The only problem is that there is not as much money in cricket for the hearing impaired.”

However, this has not kept Mazhar from following his heart. He took to coaching since he had to support his family. His son, Ahmed says, “He worked as a coach in many boarding schools. My mother also worked as a teacher in the same school, which had a policy that if one parent was a teacher, one kid would get free education.  Since both my parents taught there, my sister’s and my education was taken care of.”

Since he wanted to train  more serious players, Mazhar took a private job as a coach and trains at the Quli Qutub Shah stadium. “Words are not required as long as I can  show the students the correct stance, grip, and techniques,” he adds.

Some of his students have been selected for the under-19 Indian Cricket team, but he hopes to produce a Indian National cricketer one day.

“I’ve been trying to get a  government job since many years since I would be financially secure then. I hope to get it soon,” he concludes.