I think writers need to be respected a little more, says Rajkumar Hirani

Hirani also said that filmmakers are on the lookout for stories as they cannot always write one. 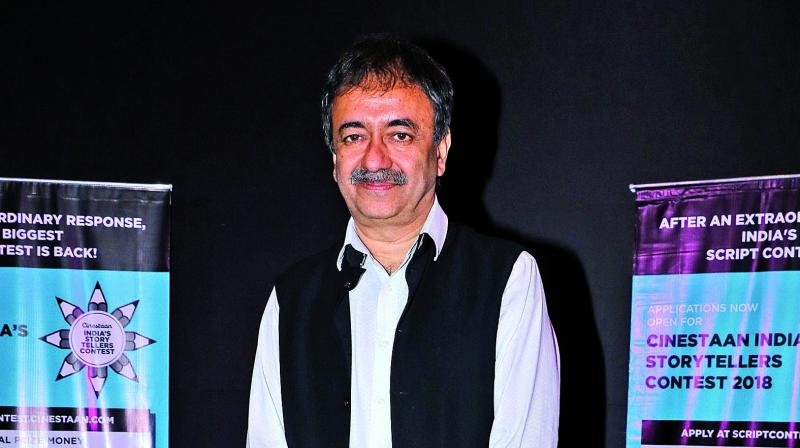 Filmmaker Rajkumar Hirani recently said, writers should receive the maximum remuneration for a film as they are the backbone of any project. Hirani also said Bollywood writers often tend to work on several scripts simultaneously as there is no guarantee, which one will be backed by a production house.

“I think writers need to be respected a little more, financially. They are the foundation of every film. Unless you pay the writers, probably the maximum amount of money in your film, you won’t find good writers. It’s a big struggle for them,” says the director present at the announcement for second edition of Cinestaan script contest.

Hirani, who has often collaborated with writer Abhijat Joshi, said filmmakers are on the lookout for stories as they cannot always write one.

“We need many more scriptwriters and I strongly believe stories come from the small towns. People have more exposure to life there. In big cities, especially like Mumbai, all the time goes in travelling.”

Adding to that he recalled that he grew up in a small town and could just walk into a neighbour’s house anytime. “Here, we don’t have the time to even meet our friends.” According to Hirani, stories are out there but they have to be found and should be moulded in a way that those stories can turn into proper screenplays.