It also benefited Amit, as the director was introduced to Hindi cinema, and he hasn’t forgotten to be grateful. 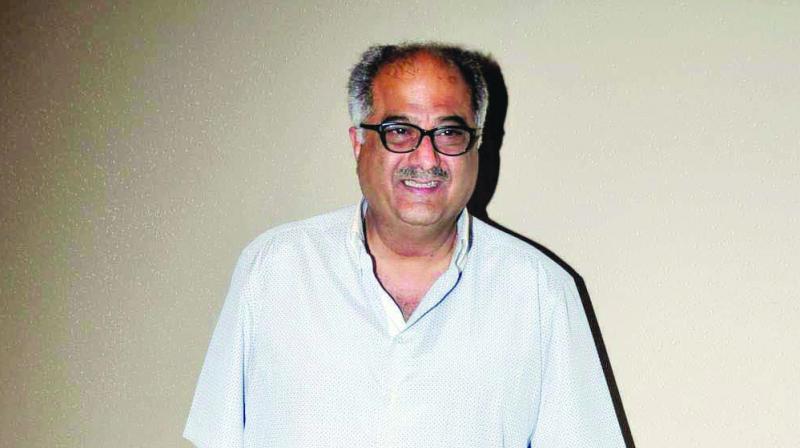 Director Amit Sharma may have found fame with his second feature film Badhaai Ho in 2018, but the young director had actually made his directorial debut with Tevar in 2015.

The film, which failed to perform at the box office, has largely been forgotten, but the movie was special on one count. It brought together producer Boney Kapoor and his then estranged son Arjun Kapoor for the first time. It also benefited Amit, as the director was introduced to Hindi cinema, and he hasn’t forgotten to be grateful.

“Whether Tevar worked at the box-office or not, it remains a very special film for me. Not only because it was my first film, but also because special on only one count. sir made sure I got everything I needed to make that film. There was no cutting of corners, no budgetary constraints. I made Tevar exactly the way I wanted to, with no interference whatsoever from Boney sir,” reminisces Amit.

And now, the director is all set to work again with his mentor-producer Boney in the former’s next film Maidaan. “Maidaan fulfils three of my wishes. I wanted to make a biopic, a sports film, and I wanted to work with Boney sir again. I am doing all three in Maidaan,” says Amit.

Even, Boney is looking forward to being reunited with his apprentice. “I saw the potential in Amit when I gave him a big film like Tevar. Now, we’re coming together again after his Badhaai Ho. But we’d have worked together on Maidaan even if Badhaai Ho had not happened,” says Boney.

As a producer, Boney has given a break to innumerable directors in Hindi cinema like Satish  Kaushik (Roop Ki Rani Choron Ka  Raja), Agathiyan (Sirf Tum), Krishna Vamsi (Shakti: The  Power), and others.