There is every entertaining element in this song and it is as crazy as Yamla Pagla Deewana themselves! 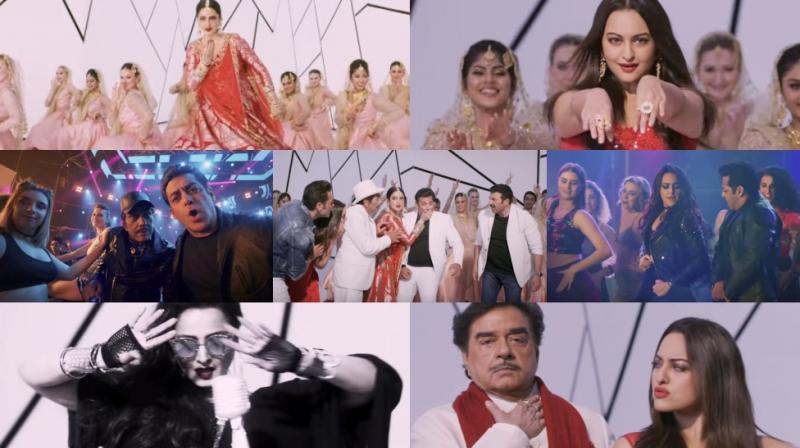 Remember ‘Phir Milenge Chalte Chalte’ from ‘Rab Ne Bana Di Jodi’? You’re guessing right, but only half of it.

Yamla Pagla Deewana Phir Se’s latest song ‘Rafta Rafta’ is out now and it is super craziness with Salman Khan, Sonakshi Sinha and Rekha (and some more expected or unexpected surprise elements).

The song starts with Salman Khan and Dharmendra’s exchange of roles and famous dialogues. Salman who is surrounded with girls even in the song, ensures that his touch feels like a gentleman, even when he’s on camera.