This announcement comes after weeks of speculation over Neha's pregnancy. 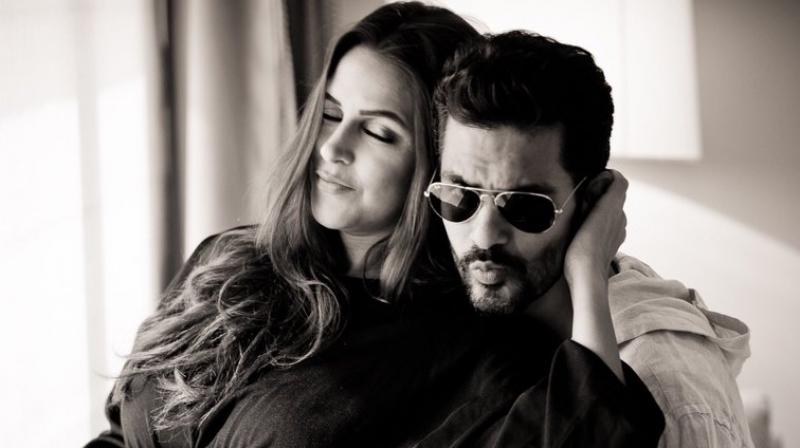 Angad posted a lovely photo of himself with wife Neha. (Instagram/angadbedi)

Mumbai: Ever since Neha Dhupia got hitched to actor Angad Bedi in a hush-hush ceremony, there had been a certain reports doing the rounds that the reason why they rushed into marriage all of a sudden because the actress was pregnant. Finally, the proud hubby has confirmed about Neha being pregnant and he did it in the most adorable way.

Angad took to his social media to share the happy news with fans. In the monochrome pictures, Angad Bedi can be seen wearing sunglasses and cutely pointing at Dhupia's baby bump. This announcement comes after weeks of speculation over Neha's pregnancy.

The 'Soorma' actor posted a lovely photo of himself with Neha and wrote, “Ha! Turns out this rumor is true.. #3ofus #satnamwaheguruੴ.”

Ha! Turns out this rumor is true.. #3ofus 🤰👼 #satnamwaheguruੴ

The lovebirds had tied the knot on May 10, 2018, and had later given a joint statement which said, “Marrying your best friend is one of the greatest feelings in the world, and we are extremely fortunate to have found love in each other. It has been a beautiful journey knowing each other and after formalizing the wedding earlier this year, today, we exchanged our vows in a beautifully simple, private and intimate Anand Karaj ceremony in Delhi.”

On the professional front, Neha will next be seen in the Kajol starrer Helicopter Eela. Which is now slated to release on October 12.