The two actors were recently seen together at the airport, adding fuel to the rumour that the former co-stars are dating. 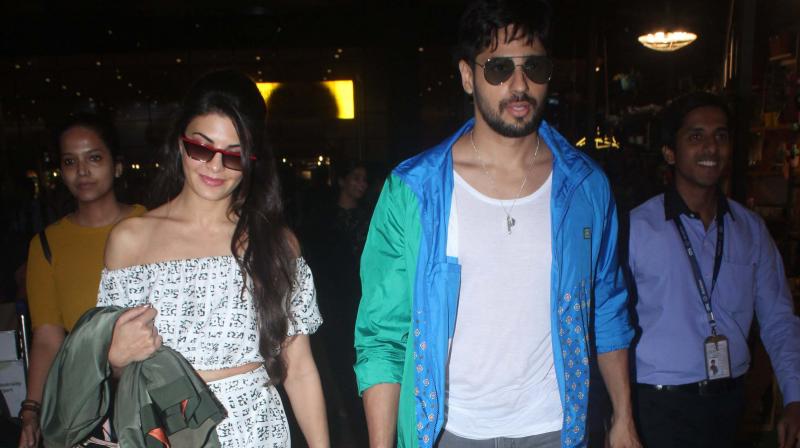 One may recall that Jacqueline Fernandez and Sidharth Malhotra’s electric chemistry in their film A Gentleman had made headlines two years ago. And now, when the two actors were recently spotted together at the airport, it raised some eyebrows.

It is not that people have not seen Sidharth and Jacqueline together before. However, the actors were recently spotted together, and soon after that reports started sparkling that the two are dating.
Well both the actors have also appeared in Koffee With Karan together and despite their chemistry often being in news, the co-stars never made it clear if they were ever dating.

In fact, there were also rumours that Sidharth’s closeness with Jacqueline was the reason behind his breakup with Alia Bhatt who is now dating Ranbir Kapoor.

On the work front, both Sidharth and Jacqueline are extremely busy with their commitments. While Sidharth will be seen in Jabariya Jodi and Marjaavaan, Jacqueline will be seen making her foray into the digital space with Mrs Serial Killer.