John and the team of Parmanu shot the movie at actual locations in Rajasthan at Pokhran. 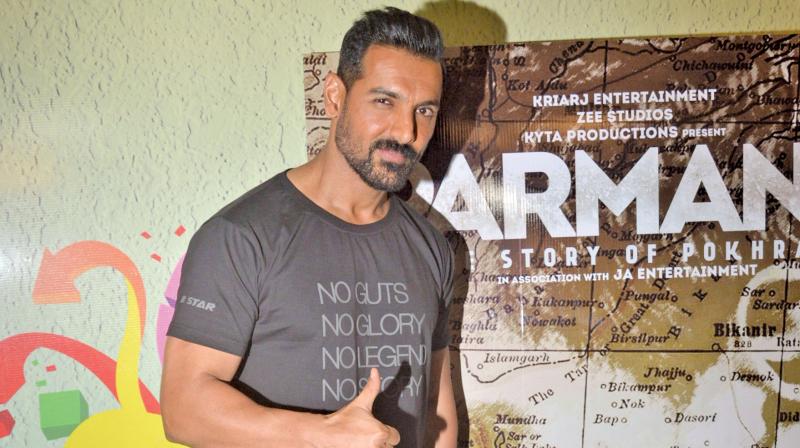 John Abraham is rather excited as he awaits the release of his next movie, Parmanu — The Story of Pokhran, slated to release by the end of the year.

The film is about the second nuclear explosion carried out by former president APJ Abdul Kalam during the Atal Bihari Vajpayee government rule, and is said to be one of the biggest failures of the American agency CIA.

“Vajpayeeji was the Prime Minister then, and he had declared that we will not be the first users of the bomb,” says John. “And he said that we will not use it on anybody. If you see the film you’ll understand.”

John and the team of Parmanu shot the movie at actual locations in Rajasthan at Pokhran. “We did shoot in Pokhran, and the people there were very nice and co-operative. We wanted to shoot in actual locations, and we got permissions from the ministry of defence for the same,” he adds.

John, however, is as secretive about his character in the movie, as the nuclear tests carried out. “The film is not an overtly patriotic movie at all. It has been made as a thriller, so I cannot reveal my character to you. No, I’m not a member of the defence forces, but you will know when the first look of the movie is out,” he smiles.