The actress says that there is a lot of pressure on film stars to look young and beautiful all the time. 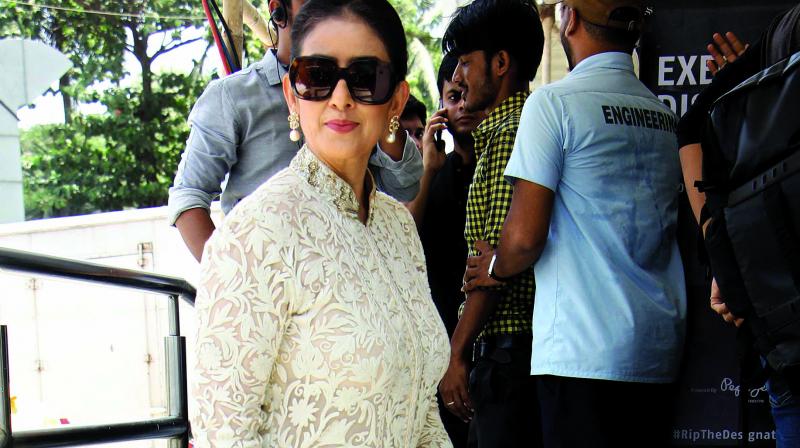 Manisha Koirala, who will be seen playing Sanjay Dutt’s mother Nargis in the upcoming biopic Sanju, was not too keen on taking up the role when it was first offered to her.

“I was sceptical about playing a mother to Ranbir’s character, because I will probably be offered such roles again and again, and I fear being typecast. I can get a lot of different roles at this age, but if I start getting more offers to play mothers, I will not take them,” Manisha says, adding, “Why aren’t more roles written for mature characters?”

The actress says that there is a lot of pressure on film stars to look young and beautiful all the time. “It has become rather imperative to look beautiful in the film world. You can only see young people all around. We do not accept the natural ageing process, and I do not relate to the concept of anti-ageing. What is anti-ageing? Everyone needs to be happy and fit on the inside, and not only concerned about looking young and beautiful,” she says.

Speaking about the medical procedures that Bollywood stars use to preserve their beauty and keep them looking ageless, Manisha says, “People are constantly under pressure to look young and beautiful, but in the process of doing that, they end up spoiling their health. There is a certain beauty to ageing. It is natural to grow old and we need to pass through the stages of life elegantly.”