Dressed in a royal blue shirt with beige trousers, he still looks the best. 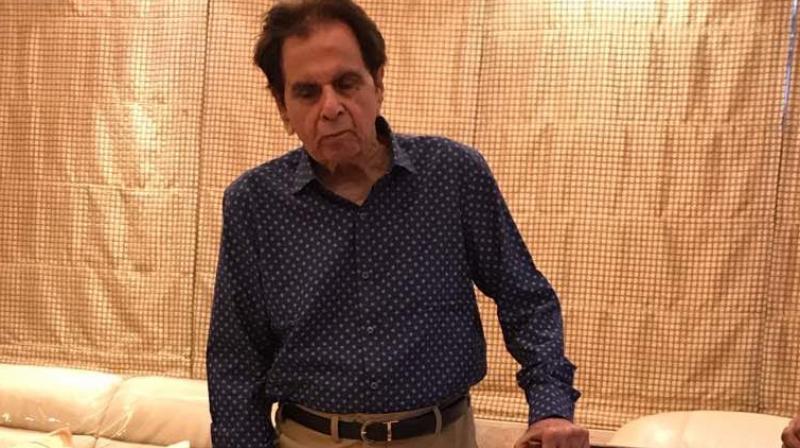 Mumbai: The veteran star Dilip Kumar and beautiful actress Saira Banu’s relationship is love in the purest form. It’s a marriage so pure that this relation is apt to be defined under ‘relationship goals.’

The 94-year-old actor keeps updating his fans about his health and daily candid pictures through Twitter, which is generally handled by Kumar ji’s wife Banu.

The still handsome hunk shared a picture of him, where he’s donned a royal blue shirt with beige coloured trouser- looking the best.

He captioned the picture as “Saira asked me to try this new shirt and pant. Comfortable.”

Saira asked me to try this new shirt and pant. Comfortable. pic.twitter.com/hBlLVQm2Qa

Dilip saab was in the news when his 100-year-old house in Peshawar, Pakistan got collapsed. The century-old house situated in Mohalla Khuda Dad near historic Qissa Khawani bazaar was declared national heritage in 2014 by the archaeology department.

When Waheedullah, General Secretary, Cultural Heritage Council informed Saira ji about the house’ condition, he said, “Saira Bano became dejected after she came to know about the collapse of the ancestral house of Dilip Kumar.”