Ameesha Patel is making a huge comeback by playing ‘femme fatale’ in the thriller. 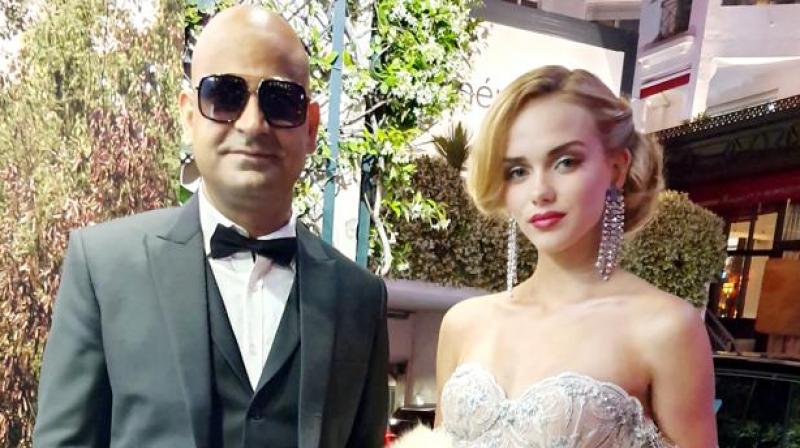 Producer Chanderkant Sharma poses on the red carpet during the promotion of his film 'The Great Indian Casino' at the Cannes 2019 film festival. (Image: Special Arrangement)

Cannes: Rupesh Paul’s upcoming film 'The Great Indian Casino' (TGIC) gets a big boost after it is being promoted in the prestigious venue of Cannes Film Festival 2019. The producer Chanderkant Sharma heads the team.

The TGIC team is taking the movie across the globe to market it internationally. The team in Cannes will move to Switzerland,  Italy and Germany after the festival. Director Rupesh Paul will travel to East Asian Countries this week for promotions. “The movie has high potential in overseas market. That’s why we are trying a new marketing strategy. Many Bollywood movies will follow it in future”, Mr. Chanderkant commented.

The movie has already garnered acclaim from the international audience because of its making style and presentation. The movie which was made on demonetisation policy of the Modi Government is  creating waves since it was launched by legendary actor Dharmendra.

Director Rupesh Paul who is known for his controversial movies like My Name Is Raga, Kamasutra 3D has written and directed this movie. Ameesha Patel is making a huge comeback by playing ‘femme fatale’ in the thriller.