Entertainment   Bollywood  24 May 2018  Parmanu should be shown in schools: John Abraham
Entertainment, Bollywood

Parmanu should be shown in schools: John Abraham

Lastly, will he work with KriArj Entertainment in future? “Never. Not in this life and not even in the next.” 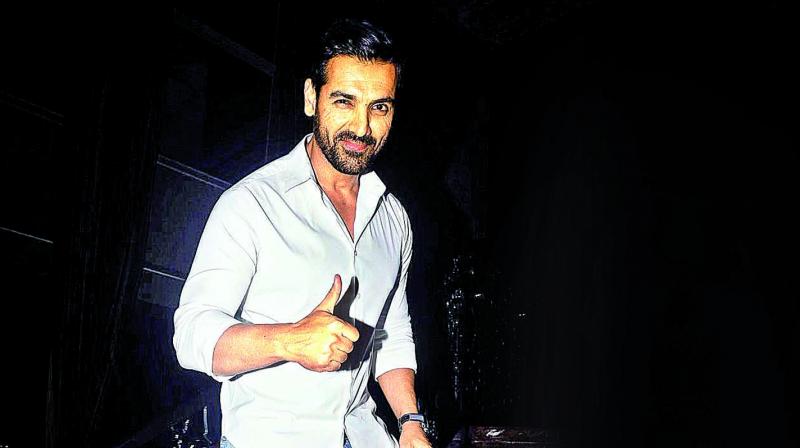 John Abraham came as an outsider to the industry but has given established stars a run for their money with sheer hard work and intelligence.

He is, therefore, doubly excited about the imminent release of his much-awaited Parmanu. The bitterness of the legal battle with KriArj Entertainment is also behind him.

The actor, who loved the idea of producing the film, tells why he wanted a simple title for it. “After Madras Café, I realised a movie should have a title that is understood by all. So we decided on Parmanu. It was a defining moment for India. With that nuclear test, we proved to our neighbours that we could sustain at any war front,” says John.

John also hopes the film is nationally recognised. “It should be shown in schools and colleges to create awareness among the younger generation as many don’t know about this great event,” he says.

Talking about support form the industry during his battle with KriArj Entertainment, the Garam Masala actor says, “Those who had a similar problem did not come forward. They were waiting that ‘isko samney aa kar theek karne do phir hum dekhnge’ (Let him set things right first, then we shall see).”

“But many from the fraternity showed support at a personal level. They did not show solidarity, but that is ok. Even when Sanjay Leela Bhansali faced a problem, did I go ahead and help him? No, I didn’t. So everyone has to deal with his or her problems individually,” he adds.

When asked what will be the next project JA Entertainment is going to produce and his favourite among the young actors, he says, “I am very close to Varun Dhawan and his family, specially his elder brother Rohit. Varun is very cute. I would love to give him more work. Ayushman Khurrana and RajKummar Rao are also very talented. If I have a script for them, I would surely like to give them work.”

Lastly, will he work with KriArj Entertainment in future? “Never. Not in this life and not even in the next.”