According to the Women Survey conducted by the UN, women do over two-and-a half times more household work than men. 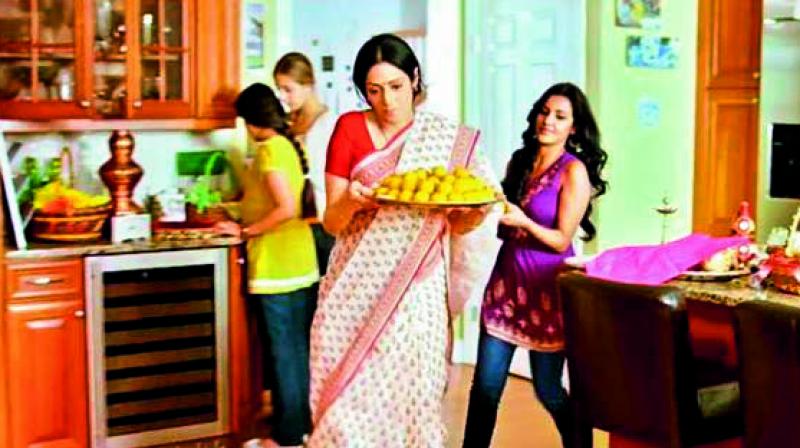 Ranjana Kumari, a crusader for women’s rights recently tweeted, “Women please don’t say I don’t do anything. Because you make every one believe you are not working. The fact is that women do 2/3rd of the work than Men do. See this data to believe it.” (see graph)

The UN Survey said women do everything from cooking and cleaning to fetching water and firewood, and taking care of children and the elderly. They single-handedly manage over two-and-a-half times more household work than men, as a result of which they have less time to engage in paid labour. Women’s unpaid work subsidises the cost of care that sustains families, supports economies and supplements social services; yet, it is rarely recognised as “work”.

Actress and author Shilpa Shetty Kundra, who has recently launched her second book titled The Diary of a Domestic Diva, has been quoted saying, “I totally respect the fact that if you are a homemaker, it’s more work than a full-time job. There (on the job) you have breaks and you can switch-off. Here, you are underpaid and overworked.”

Former Miss World Diana Hayden says that the problem arises because work is wrongly thought of as something that is associated with payment. “Equal respect starts, like most other values, at home. Since the beginning of time, men have been the providers and women, the caretakers. Comparing the two “jobs” is like comparing apples and oranges. I feel all individuals doing unpaid work must be appreciated and respected for their contribution. And if they aren’t getting the respect they deserve, they should demand it. We all know that people will treat you the way you allow them to treat you. As for the rest of society, the debate will continue. I suggest we take it with a pinch of salt,” Diana adds.

It doesn’t matter whether you are a celebrity or an ordinary middle-class woman, irrespective of your qualifications and capabilities, you’re expected to, after marriage, take care of a vast majority of the unpaid work to be done in a household.

“Women who choose to be housewives have greater responsibilities. They have to constantly be involved in minuscule operations involved in the running of a household. Employees switch off from work after a point, but housewives don’t. Also, when you are constantly available, there are high expectations from family members. Housewives become the bonding factors of their families,” says Vinitha Passary, a designer.

Even though they are on their feet for almost the entire day, their work is valued less than paid work. What’s more, housewives fail to even give themselves credit for the work that they do. Designer Vinita Pittie says, “When any work becomes part of a rigid routine, it is not unusual for women to refer to it as ‘nothing’ without realising what would happen if they didn’t do it.”

“Paid or unpaid, women work 24 hours a day, either physically or mentally. For a woman, her family and children are her priority, so she’s always there for them. She takes help if it’s offered, and if not, she doesn’t care; she does her duties all by herself,” says K. Sucharita Reddy, retired Manchester Royal Hospital, information and technology chief librarian and former JP to Manchester city Magistrate court.

“Neither are her duties defined, not is her salary. A housewife’s job has new surprises and challenges every day. It’s not easy, but it’s gratifying — she is the untitled monarch that handles her husband, her children, her home, and their expenses,” sums up home-maker Neera Agarwal.