But not many know that Diana’s grandfather was from the armed forces, which helped her get the act right in the film. 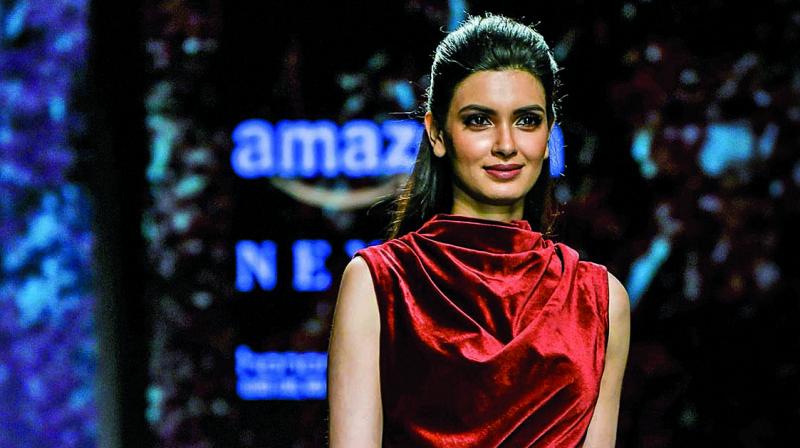 Diana Penty wowed the audience with her stellar performance in Cocktail, her debut act garnered praise and recognition for her in the industry. the actress who was last seen in Lucknow Central starring Farhan Akhtar, will next be seen opposite John Abraham in Parmanu. A film based on the nuclear bomb test explosions conducted by the Indian Army at Pokhran.

But not many know that Diana’s grandfather was from the armed forces, which helped her get the act right in the film.

“Since childhood, while we lived in a Cantonment area, we were told by our folks that whenever any armed personnel, be it even a jawan, passed by — we needed to stand straight and salute him. Even when an Army truck used to pass by we had to stand and salute them. As a result, during the filming of Parmanu our officer who trained us told me, ‘Your salute is the best’. I was so happy. The salute has to be in a typical position and our trainer was very strict on everything concerning the showcasing of the Army,” says Diana.

On female centric films being made in the industry, the actress says, “Times have changed in the word of glamour, especially in Bollywood. Films with women being the central characters are also doing well at the box office and they are getting enough space on celluloid. This is indeed a great time for women in the fraternity,” says Daina.

“However, there still are a large number of male dominated films being made. We can only hope there is a change and male as well as female subject films are made in equal numbers in the near future,” she adds.

When asked her views on the pay disparity in the industry, she says, “I have not reached a stage where I can comment on this. I feel and have noticed that changes in this respect have already begun. Virtually and idealistically all over the world, males and females will get equal treatment in every sphere of life including this.”